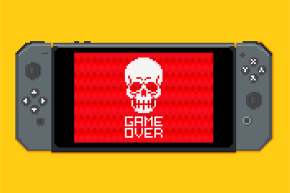 FTC Warns: That Nintendo Switch Emulator Is A Scam
By Kevin Collier

FTC Warns: That Nintendo Switch Emulator Is A Scam

Play 'Breath of the Wild' on your computer for free? That download is probably malware

One day, perhaps, you’ll be able to pirate Nintendo Switch games onto your personal computer and play without paying for them. But that day isn’t here yet.

For the first time, the Federal Trade Commission has warned against Americans downloading a computer video game emulator, saying links that promise the ability to play Switch games like Zelda: Breath of the Wild are actually all scams, and in some cases, install malware on your computer.

Emulators for older video game systems are nothing new, and the internet is rife with communities that share emulators and games for everything from old Atari 2600 systems to the Wii U, Nintendo’s previous system before it released the Switch in March. So scam artists are trying to capitalize on that familiarity with faked videos that claim to depict such a program for the Switch, alongside with links to trick victims.

“It’s a scam,” FTC staff attorney Lisa Weintraub Schifferle wrote in an official blog posted to the FTC’s website, the first-ever of its kind. “Even worse, when you try to download a Nintendo Switch emulator, you can install unwanted applications on your computer.”

In late March, cybersecurity company Symantec released an analysis for fake Switch emulators, reporting that many are teased with suave websites. But attempts to download them are fruitless. Sometimes links just lead to endless surveys. Others provide download links for programs labeled “Switch_Emulator” for Mac and Windows, though the files themselves, Symantec found, simply runs a program that finds fake “flaws” in a user’s computer, then asks users to pay to fix them.

There’s no telling just how many people have fallen for a Switch scam. The FTC declined to share a number of complaints, though it did confirm it had never issued a warning like this before. “This blog was prompted by our ongoing efforts to monitor trends involving malware and warn people about them,” spokesperson Juliana Henderson told Vocativ.