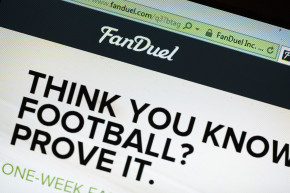 The daily fantasy sports industry was, just a year ago, deep in throes of a protracted legal battle with lobbying work in 45 states seeking to preserve itself as a viable business outside the purview of anti-gambling laws.

Now, as the Fantasy Sports Trade Association reported to the Associated Press, more than two-thirds of all DFS operators have folded, merged, or revamped their business plans. Despite that serious consolidation—with the two heavyweights, DraftKings and FanDuel hoping to merge, pending a Federal Trade Commission review—entry fees and industry revenues actually increased year over year, 4 percent and 15 percent, respectively, according to cited market research.

DFS has thus far survived, but can it thrive?

“It’s just a different environment. It’s obviously a lot more regulated,” FSTA chairman Peter Schoenke, who is also president of RotoWire.com, told Vocativ in a phone interview. “It’s possible that it might not be growing at the pace that a lot of companies and investments had envisioned, but I think, if you take a step back and look at the overall industry, it’s still doing very well.”

For starters, Schoenke offered the reminder that DFS does not comprise the entire industry—some 57 million people engaged in season-long fantasy sports, most of which derive revenue from advertisements rather than entry fees. As for DFS, he noted that 24 other states have active bills up for deliberation while 11 states already have passed legislation condoning fantasy sports, including New York, whose high-profile challenge of DFS precipitated many other state assemblies to follow suit. During the first five months of legal DFS in New York, the industry generated $18.6 million in revenue, of which $2.8 million (or 15 percent) was earmarked for state coffers as tax, per Legal Sports Report.

The two-pronged issue last spring was whether DFS was legal and, if so, could smaller competitors keep pace with the vast advertisement and lobbying expenditures of DraftKings and FanDuel. For them, the matter of a $50,000 registration fee as Indiana and Virginia had implemented was a pittance compared to the nearly $1 million outlay those companies and the FSTA spent on lobbyists and political donations.

Smaller companies, however, felt squeezed out, and indeed 81 of the 118 DFS operators are reportedly no longer in active business. One formerly vocal critic, Seth Young, who was chief operating officer of Flower City Gaming before taking over as director of online gaming at Foxwoods Resort Casino, said in a text message: “My only comment would be that this is not surprising.”

Schoenke countered by noting that most of the new state bills are better for smaller companies than their predecessors; that 20 start-ups have joined the FSTA in the past year; and that many of those 81 lost to attrition were as much the victims of timing as anything.

“There were also a lot of companies that were very viable but weren’t able to raise money or get payment processors in the environment that had legal uncertainty, so that’s where these laws that have passed are definitely helping,” Schoenke said.

The FSTA chairman is realistic that cracking the business isn’t cheap—even where DFS is legalized, there are regulatory costs and the need for lawyers to file all the appropriate applications.

“But the flip side,” Schoenke said, “is there’s more legal clarity where there was uncertainty.”