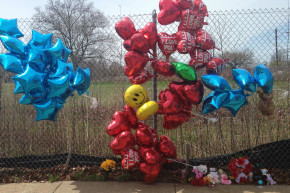 After a grandfather in his seventies was killed in a video that circulated widely on Facebook over the weekend, horrified witnesses and those who heard of the killing rushed to show their support. Several created online fundraisers, while others looked for places where they could make a contribution for the family of Robert Godwin Sr. What then has ensued was a prime example of why this modern-day system of charitable giving is often a mess in the aftermath of a high-profile tragedy.

Among the GoFundMe pages that cropped up was one that purported to have been made by the murder victim’s son, Robert Godwin Sr. Many others acknowledged that while they did not know the family of Godwin, described in news accounts as “quiet and respectful,” they were eager to help and would worry about contacting the family for approval later. With the exception of one, many of these campaigns have either vanished entirely or ended after only a small number of donations.

Guys, there are 39 results for Robert Godwin on Gofundme. People suck so fuckin much. Please help report them

Police in Cleveland, where the killing took place, also encouraged members of the public to refrain from donating on Monday morning. Part of the problem, of course, is determining who represents the “family.” In Godwin’s case, he reportedly had at least 9 children.

GoFundMe, which has no formal verification for campaigns like these, is now directing well-wishers to one campaign created by a Phoenix, AZ, resident named Wesley Scott Alexander who acknowledges he does not know the Godwin family but wanted to help after watching the “brutally senseless” murder.

GoFundMe says that the fundraiser created by Alexander is legitimate. When contacted by Vocativ, Bobby Whithorne, director of strategic communications at GoFundMe, said that the company has spoken with Alexander, members of the family, and local authorities to guarantee the funds accrued for the one remaining campaign on the site will be deposited directly into the family’s bank account.

“As with any event, there may be multiple people who want to help,” Whithorne stated in an e-mail. “With regard to additional GoFundMes, we are directing everyone to the campaign above. Regardless, all funds raised for the Godwin’s will be transferred directly to the family. Users should feel fully confident in donating to GoFundMe campaigns. The platform is fully protected by the GoFundMe Guarantee, which means funds are guaranteed to go to the right place or they will get a refund.”

So far, over $24,600 has been raised for the family on the “official” fundraising page.

However, it is quite likely that fundraising efforts have been somewhat impeded by the confusion. Many on Twitter continue to report that people should refrain from donating, despite the fact that a sanctioned campaign is taking place. Notably, there are multiple other fundraisers for the family of Robert Godwin Sr that remain on the site, some of which are being spammed by comments from well-intended users warning that these efforts are scams.