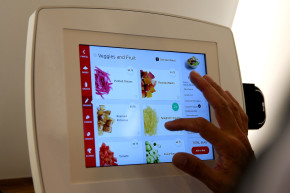 Many of the students were against the new changes, and said they'll miss fresh food and connecting with the staff

A community college in Upstate New York has announced that self serve kiosks will replace cafeteria staff workers at the end of the spring term.

The Orange County Community College Association, the nonprofit in charge of managing the SUNY Orange cafeteria, said that the decision came after the school’s food services division reported a $150,000 deficit, according to the Times Herald Record, which originally reported the story. The school will lay off nine full time workers and three part time workers and the change will take effect in June.

“By doing nothing we could have been out of business in 12 to 18 months. We would not have been able to make payroll,” Vinnie Cazzetta, executive director of the nonprofit, told the Times Herald. Many of the students said that they didn’t like the new changes, and they will miss fresh food and connecting with the staff.

The decision is representative of a larger shift towards automation in the food industry, though the change has been slower in schools and universities. In 2015, Three Square Market, a self-service technology company, piloted their self-checkout kiosks in three high school cafeterias in Minnesota.

In the commercial food industry, shifts are more widespread. In November, McDonald’s announced it would install self-service kiosks in 14,000 U.S. stores. Machines are already taking food orders at 500 McDonald’s in Southern California, New York, and Florida. In February, Wendy’s also announced it will add kiosks to 15 percent of its stores by the end of the year, and Panera Bread has said they plan to implement kiosks in the next few years. Technology has helped food companies’ bottom line in other ways too. Some restaurants and cafes, such as Starbucks, encourage customers to order on an app in order to reduce lines. Across the board, the motivations are the same: cutting labor costs.