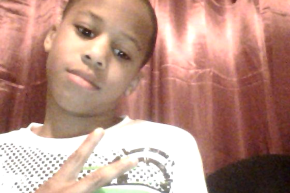 Social media companies are struggling with how to handle these tragedies

The recent death of a 13-year-old boy who had been playing around with a handgun on Instagram Live points to a troubling trend in the livestreaming age. As livestreams become more ubiquitous across social media platforms, more and more tragic incidents are happening in front of a live audience. But is there anything that can be done to stop it?

Malichi Stephens, the Georgia teen who died in the hospital on Monday following his injuries, had been told by viewers watching the livestream to put the safety clip inside the gun. He shot himself while doing so, leading his peers who had been watching the broadcast to flock to his home in horror. His grieving parents tell others with children on social networking sites to “monitor their phones, just monitor your children.”

While there’s only so much parents can do to remain aware of their kids’ online activities, this is an area where some social networking platforms are themselves looking to improve.

Following several instances of livestreamed suicides, homicides, and accidental deaths of people on Facebook Live, the social networking company (which also owns Instagram) has recently announced it will be adding new features it hopes can be considered preventative.

“There have been terribly tragic events — like suicides, some live streamed — that perhaps could have been prevented if someone had realized what was happening and reported them sooner,” Facebook overlord Mark Zuckerberg wrote in a blog post. “These stories show we must find a way to do more.”

The plan to address this problem is one that is fairly ambitious, and will include looking for solutions reliant on artificial intelligence. In the meantime, Facebook and Instagram have both taken some pretty basic steps, like allowing users to report live videos to Facebook. Facebook also now allows users to reach out to livestreamers with specific resources directly when they are concerned for their safety. While Instagram does not, a company spokesperson noted that the company monitors live videos that reach a certain level of popularity regardless of whether or not users are reporting their content so as to interrupt if necessary.

In the past, Instagram has taken a proactive approach to keeping users from accidentally viewing triggering or disturbing content without removing it from the platform altogether. As of press time, Instagram did not respond to Vocativ’s specific inquiry on whether the platform is considering incorporating any more advanced options for reporting livestreams that could merit an urgent response.