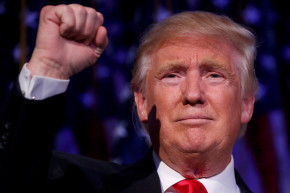 "It's a darn shame that after appearing to have a backbone and actually taken a stand on something that really matters, folks have decided to throw it away"

What a difference just a week — and a little political pressure — can make.

Michigan’s capital city quashed a recent decision to declare itself a sanctuary for immigrants, less than 10 days after it proudly embraced the controversial status. The Lansing City Council voted 5-2 on Wednesday to torpedo its designation as a “sanctuary city,” rescinding a resolution that its members had approved unanimously on April 3.

“It’s a darn shame that after appearing to have a backbone and actually taken a stand on something that really matters, folks have decided to throw it away,” Councilwoman Kathie Dunbar, one of the resolution’s chief proponents, said, according to MLive.com. “And the message that sends to folks is really sad.”

The stunning reversal comes as a battle between the Trump administration and local governments over illegal immigration continues to escalate. The White House wants cities, counties, and states to take a more aggressive stance toward their undocumented residents, and has threatened to publicly shame and strip federal funding from those who do not comply. Dozens of these jurisdictions have defied the directive by publicly declaring themselves “sanctuaries” for all immigrants and refugees.

While there’s no exact definition, immigrant sanctuaries generally refer to local governments that refuse to fully cooperate with federal immigration enforcement. Lansing Mayor Virg Bernero, for example, had separately issued an executive order instructing the city’s police force not to stop or arrest anyone based solely on their immigration status or ask about the immigration status of crime victims or witnesses.

The resolution adopted by council members last week mentioned the mayor’s executive order, but provided no actual definition for the term sanctuary city. The resolution also stated that the Lansing City Council “rebukes any effort by the United States government to… mischaracterize foreign-born persons as public safety threats” and cited an executive order signed by President Trump in January that targets undocumented immigrants.

That was apparently enough to spook state business groups and outrage some Republican members of Michigan’s congressional delegation. After the April 3 vote, the Lansing Regional Chamber and Michigan Chamber of Commerce sent council members a letter claiming the sanctuary designation made Lansing an “unnecessary target” of the Trump administration and could cost the city millions of dollars, the Associated Press reported. U.S. Representative Mike Bishop, whose district includes Lansing, denounced the move as “completely reckless.”

Dozens of the president’s supporters, some of them donning “Make America Great Again” hats and waving signs that said “We Support ICE,” showed up to Wednesday’s council meeting to voice their strong disapproval and issue warnings of their own. “Trump is going to know exactly what you’re doing,” said Rose Atkins, one of the people who commented in favor of the council rescinding its resolution, MLive.com reported.

As the council doubled back on its sanctuary status, immigrant advocates at the meeting could be heard yelling “spineless” and “you’re all going to lose your seats,” according to Fox News.