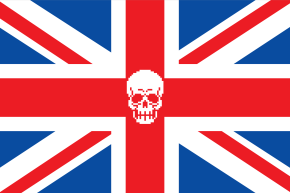 A new report published by members of the British parliament claims that foreign actors may have played a role in the crash of a voter registration website used for the Brexit referendum — or at least that this possibility can’t be ruled out.

The website crash occurred an hour and a half before the June 7 deadline for British citizens to register. Users reported receiving time-out messages that said the server was down due to overloading. After becoming aware of the problem, parliament extended the deadline by 48 hours, but remained concerned that thousands of people could have been left out of the voting process because of the confusion.

The report doesn’t point any fingers but it said a Parliament committee is “deeply concerned” about allegations of foreign interference. “We do not rule out the possibility that there was foreign interference in the EU referendum caused by a DDOS (distributed denial of service attack) using botnets,” the report said, “though we do not believe that any such interference had any material effect on the outcome of the EU referendum.

At the time, the British parliament had attributed the site’s outage to a surge in demand. Now, they are looking at the timing and relative volume rate of the traffic, looking for indications that the surge was caused by botnets— a massive network of compromised computers set to perform targeted tasks en masse. Though no evidence has been found indicating that malicious actions were taken, data does show abnormally high web traffic. Over 515,200 registration applications flooded the site on the day it crashed, nearly 10 percent percent more than the previous record for countrywide online election applications.

Recommendations for the future cited within the report include doubling down on cyber security and creating protocols to respond to potential attacks for the future.