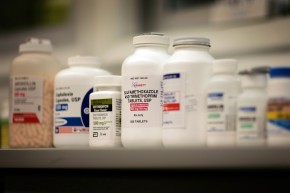 Health Gaps Widen Along With Income Inequality
By Leeron Hoory

Between 2001 and 2014, the wealthiest one percent of men lived 14.6 years longer than the poorest one percent, a new study found that

As America’s inequality gap has increased over the last 40 years, new data suggests that the survival gap has expanded as well.

Between 2001 and 2014, the wealthiest one percent of men lived 14.6 years longer than the poorest one percent. For women, that gap was 10.1 years, according to a new study published in the Lancet, a U.K. based medical journal.

“Health inequalities are particularly pernicious because they can reproduce and reinforce gaps in income and wealth, with negative feedback loops creating a health-poverty trap,” the researchers wrote. Survival gaps for men were larger than for women, but the gap in life expectancy, along with health inequality, grew at a faster rate for women.

Middle and high-income Americans have lived over two years longer since 2001, while the country’s poorest five percent have increased their life expectancy by nearly zero. In some categories, the life expectancy even dropped, such as for white women low income or without a high school diploma.

Education plays an increasingly important role in determining income and consequentially health, the researchers found. This is based both on work opportunities a higher degree provides and on the individual health choices a person makes, such as condom use or quitting smoking. One reason the relationship between education and health has grown is because wages have increased for education-dependent work, while the demand for less skilled labor has declined.

Smoking has decreased for Americans with a higher socioeconomic status at a much higher rate than for Americans with low income and education. Smoking-related disease has followed this pattern. The researchers found that while gaps in deaths related to smoking, such as heart disease and lung cancer mortality, has increased among Americans, the gap in non-preventable cancers did not, implying that education factors are driving health inequality.

It’s no secret that the U.S already spends a lot on health care, twice as per capita than the average of other developed countries. Yet the life expectancy in the U.S. is substantially lower compared to the average of other developed countries. More money doesn’t correlate with better health on a nationwide level, but it does on an individual level.