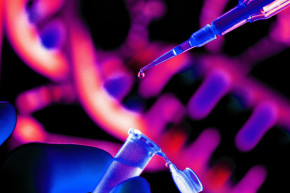 Americans will now be able to test themselves for several genetic diseases in the comfort of their own homes, following the Food and Drug Administration’s approval of a new service from genomics and biotechnology company 23andMe.

Through 23andMe’s direct-to-consumer testing program, customers simply need send a saliva sample back to the company to find out their genetic predisposition for 10 diseases and conditions. Those include Celiac disease, blood clotting disorders, organ and tissue disorder, dystonia, and an iron overload disorder. The tests also offer insight into one’s risk for developing Parkinson’s disease and late-onset Alzheimer’s, though customers will be required to select these specifically.

As noted by the New York Times, there’s been a long-running controversy surrounding the increased accessibility of these tests results.This testing system allows customers to bypass genetic counseling should they choose to, which contradicts what some experts advise.

One genetics professor at Harvard Medical School said that while the majority of people who received their Alzheimer’s risk test results without counseling were able to comprehend and handle the information, “some…did not realize the psychological impact it would have on them.”

In the FDA’s press release, Jeffrey Shuren, director of the FDA’s Center for Devices and Radiological Health underscored that “It is important that people understand that genetic risk is just one piece of the bigger puzzle, it does not mean they will or won’t ultimately develop a disease.”

Another concern that some health experts have noted is the risk in allowing a for-profit company to hold this kind of sensitive data, albeit with a privacy agreement that bars it from being sold without customers’ consent. A partnership between 23andMe and a Nevada-based health care provider last year caused some to question how this data could be used or misused by insurers and drug companies.

Through 23andMe, users have been able to conduct at-home genetic tests to find out their global ancestry percentages for the past six years. The FDA had temporarily stalled the company’s gene-testing efforts as they related to disease in 2013, requiring the company prove the accuracy of its testing and that its customers understood the larger implications of their results. The agency’s announcement on Thursday noted that peer-reviewed studies have proven accuracy in the testing, and a user study indicated users understood over 90 percent of the results they received from the company.

23andMe also already offers insight into how customers’ genes affect general wellness, characteristic traits like taste and smell, and their carrier status of conditions that could affect their children.