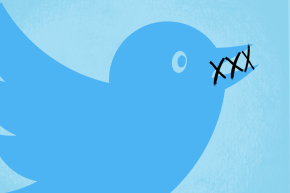 Twitter has filed a lawsuit to protect this user

Twitter is suing the U.S. Customs and Border Protection, which had privately demanded the company unmask a pseudonymous user who makes fun of it with a parody account, according to court filings.

Like a number of government agencies that deal with immigration, CBP, part of the Department of Homeland Security, has come under increased scrutiny since President Donald Trump took office. Frustrations with Trump’s shakeups at a number of federal agencies have prompted a spate of parody accounts, with varying degrees of credibility, that claim to be run by rogue employees of a given agency.

One of those, @ALT_USCIS, doesn’t pretend to actually be a government employee, but rather an anti-Trump activist who opposes the administration’s views on immigration. Nonetheless, CBP, citing investigatory purposes, petitioned Twitter for the identity of that user. In response, Twitter sued the agency Thursday.

Like most tech companies, Twitter tries to walk the line between fulfilling countries’ legal demands for user and account information and protecting users when legally possible. According to its most recent transparency report, the company received legal requests for 2,304 accounts between July and December of 2016 and ended up granting those requests 82% of the time.

According to the complaint, CPB faxed a summons to Twitter on March 14, invoking 19 U.S. Code § 1509, which grants CPB the authority to examine “any record” that “may be relevant” to a CPB investigation. It demanded @ALT_USCIS’s phone number, mailing address, login information, and I.P. address. Confusingly, CPB demanded Twitter comply by March 13, the day before.

But that law doesn’t apply in this scenario, Twitter argued, because that account “plainly has nothing whatsoever to do with the importation of merchandise into the United States,” which is CPB’s mission.

@ALT_USCIS didn’t immediately respond to Vocativ’s request for comment. The user did, however, tweet a screengrab of the First Amendment to the U.S. Constitution, which enshrines a right to free speech.