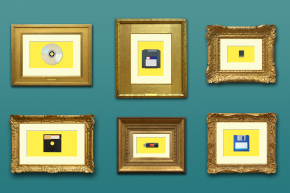 Increasingly, both governments and private companies want to make sure our data is never forgotten

The United Nations Educational, Scientific and Cultural Organization (UNESCO) announced last Monday that it’s partnering with a French computer science institute in an ambitious aim to preserve every piece of software ever made in order to make sure it’s never forgotten.

French Institute for Research in Computer Science and Automation (INRIA) began this initiative last year with its Software Heritage project, which has collected 58 million projects so far.

“This partnership with INRIA marks the strengthening of an international mobilization for the preservation and sharing of software heritage,” Irina Bokova, UNESCO’s director general, said in a press release. “[It] links two essential components of UNESCO’s work for cooperation and peace: heritage preservation on the one hand, innovation and research on the other.”

UNESCO, which is responsible for picking World Heritage sites, is not the only organization trying to prepare for the future. There are several other private companies that are building their own data centers around the world. One of the most notable is Norway’s Arctic World Archive, also known as “Doomsday Vault,” which has been collecting seed samples since 2008.

Recently, the vault  announced it is expanding its storage space to collect data that’s particularly significant to other countries’ cultures. So far, Mexico and Brazil are the only two countries that have contributed to the project. Mexico submitted documents that date all the way back to the Incas and Brazil submitted its constitution along with other historical documents.

The Arctic World Archive is working with a company called Piql to save all data onto a photosensitive, multi-layered analog film that the company claims to last between 500 and 1,000 years. Countries who are interested in submitting their own data can upload test content to Piq’ls servers for it to be transferred over onto film and stored. The data could be requested at any time and Piql will either digitally transfer it or ship it.

Another private preservation project out there is the Internet Archive, which has been archiving the internet for the past 20 years — including every piece of Apple II software.

These data preservation projects might seem like the idea of a doomsday prepper, but they could potentially just serve as back ups that protect important data from natural disasters, war, equipment malfunction and other problems. All we need now is some AI to run it, and we could have a smart library like the one in “The Time Machine.”