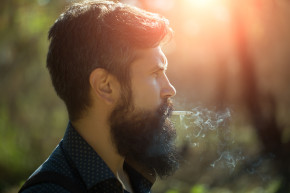 China and India have the most daily smokers overall, but the US is home to the most women who light up

Cigarette smoking is on the decline, with the percentage of people worldwide who smoke daily dropping by roughly a third over the past 25 years. But because the global population keeps on increasing, there are still more smokers today than at any other time in history. The numbers are staggering, as a new study suggests nearly a billion people smoke at least once a day.

Smoking isn’t exactly an equal-opportunity offender. According to the paper published in The Lancet, male smokers still vastly outnumber their female counterparts. While only one out of every 20 women smokes daily, a quarter of all men on the planet do. What’s more, about half of all male smokers can be found in just three countries: China, India, and Indonesia.

The United States, for its part, has more female smokers than any other country, including the far more populous China and India. This fits with a more general trend the study found: Male smokers are most commonly found in middle-income countries, while women are more likely to be daily smokers if they live in the world’s wealthiest countries. Smoking is rarest in the lowest-income countries. But rapid population growth means these countries could also soon deal with a smoking epidemic, with as much as 80 percent of smoking deaths occurring in low- and middle-income countries by 2030.

For now, the U.S. trails only China and India in the highest number of annual deaths from smoking, with just under half a million. The researchers estimate about 6.4 million deaths worldwide each year are the result of smoking, which is about a tenth of all global deaths.

Admittedly, it’s not surprising that countries with the highest populations dominate the lists of total deaths, Russia and Indonesia rounding out the top five. But it’s not quite as simple as saying the most populous countries have the highest rates — Brazil, home to 200 million people, is notable for implementing more aggressive anti-smoking policies and has seen the number of daily smokers more than cut in half between 1990 and 2015. It still has the eighth most deaths of any country, but that’s quite a bit below what one would expect just based on its population.

There’s some good news, though. The researchers found 13 countries, including the United States, saw significant annual declines across all 25 years from 1990 to 2015, while 18 countries from Nepal to Chile saw daily smoking drop significantly in the past decade.