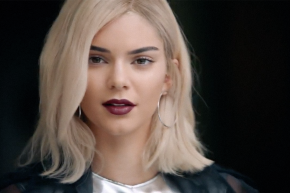 Pepsi Succumbs To A Barrage Of Angry Tweets And Yanks Ad

Pepsi sparked near-universal outrage on Tuesday when it posted a “short film” on YouTube that used protests as a backdrop for an ad that seems to suggest that refreshing Pepsi Cola and famous famous-person Kendall Jenner are the solution to any and all tensions in America.

Then on Wednesday, Pepsi pulled the ad from YouTube and issued an apology — succumbing to more than a million (mostly angry) tweets that mentioned the brand in 24 hours. A hashtag mocking the ad — #PepsiLivesMatter — has been mentioned more than 2,000 times.

“Pepsi was trying to project a global message of unity, peace and understanding,” the company said in a statement. “Clearly we missed the mark, and we apologize. We did not intend to make light of any serious issue. We are removing the content and halting any further rollout. We also apologize for putting Kendall Jenner in this position.”

The ad, which Ad Week has heroically preserved, is truly breathtaking. It features a protest in which a wide array of racially diverse marchers carry signs with peace symbols and ambiguous and nebulous phrases such as “join the conversation.” Jenner, a model who plays a model in the ad, observes the protest from her nearby photoshoot and casts off her wig to the street people. The crowd approaches a wall of policemen who for some reason aren’t wearing riot gear or shooting tear gas, but Jenner diffuses simmering tension between the activists and police by handing one an icy Pepsi — in an image rather reminiscent of a Black Lives Matter protester approaching police in Baton Rouge last June.

Just talked with my wife, who is an ad exec at a major firm, about the Pepsi ad. She is convinced that the controversy is intentional.

Just watched the #Pepsi commercial. The point is that too much high fructose corn syrup leads to Intersectional Madness Disease, right?

If only Daddy would have known about the power of #Pepsi. pic.twitter.com/FA6JPrY72V