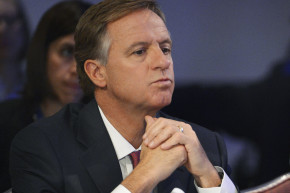 Tennessee is poised to become the second state since President Trump took office to offer in-state college tuition to students whose parents brought them into the United States illegally. Washington, D.C., passed a similar bill earlier this year, while in total, 20 states allow such students to access in-state tuition.

Panels in the state’s House and Senate have already passed the proposal, with another House committee expected to vote on the measure Tuesday, according to news reports. The bill has bipartisan support in Tennessee, a deeply-conservative state that went to Trump during the 2016 presidential election. It’s being promoted as a way to improve the state’s economy by proponents such as the Nashville Chamber of Commerce, which highlights a looming labor shortage as a reason to think carefully about the work immigrants can provide. Other supporters say kids shouldn’t be victimized by choices their parents made.

“I’m all for building the wall and U.S. sovereignty, closing our borders. But we didn’t, and now we’re damaging innocent people,” Rep. Mark White, a sponsor of the bill and a Republican, told the Associated Press. “I’m just trying to protect Tennessee in the long run, because they’re here.” Republican Gov. Bill Haslam has also endorsed the bill.

According to the National Conference of State Legislators, 20 states offer in-state tuition to unauthorized immigrant students — 16 state legislatures passed such laws, while four state university systems have provided tuition benefits to such students.

“These bills are primarily intended to help children of immigrants who were brought to the U.S. by their parents and work hard in school with the hope of going to college but then discover that they face insurmountable obstacles,” the National Immigration Law Center [NILC] writes on its website, adding that public colleges and universities are “inconsistent in their treatment of such students.”

In March, Tennessee’s biggest college system, the Tennessee Board of Regents, backed the legislation that would allow children of undocumented immigrants to receive tuition benefits. “When we do not allow in-state tuition to these undocumented students we really are denying them access,” Barbara U. Prescott, a regent from Memphis, told The Tennessean at the time. “They just really cannot pay the out-of-state tuition.”

The Tennessee law would impact students who were enrolled at a state high school or home school program for two years. Still, these students wouldn’t be able to access federal financial aid or take advantage of state programs that permit students to enroll in technical and community colleges free of charge.

“Tuition equity policies have proven to be a successful investment in the nation’s youth, producing economic and social benefits for individuals as well as the state,” Tanya Broder, NILC senior staff attorney, told Vocativ in an email Tuesday. “These benefits extend beyond the students directly affected — to their peers, e.g. by reducing high school dropout rates overall. We are excited to see these broadly shared values reinforced in Tennessee this year.”

Meanwhile, opponents of the bill have asked why Tennessee taxpayers should be responsible for subsidizing undocumented immigrants. Still, Lisa Sherman-Nikolaus, the policy director of the Tennessee Immigrant & Refugee Rights Coalition, aired confidence that the bill would pass amid a broad range of support.

“We think that this is a real opportunity to remind people, remind legislators, that even in such a divisive climate we can all come together and agree that educating Tennesseans is important,” Sherman-Nikolaus told A.P.