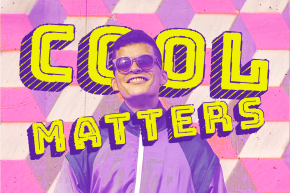 Get out your eye rolls, Generation Z is coming

Do you feel like you’re living under a rock? Don’t know what the youth (aka Generation Z, not millennials — we’re old now) deems fun and entertaining? Then leave it to Google to tell you what teens nowadays consider cool. Suspiciously, their answer is several Google products among the top 10 brands, including YouTube, Google itself, and of all things, Chrome.

Google’s Marketing and Digital Research team released a study on Gen Z (folks born after 1993) titled “It’s Lit: A Definitive Guide to What Teens Think Is Cool,” and although it seems like Google tried very hard to be cool using exhausted slang, the study aims to provide some insight into what technology youth is into these days.

Google worked with YouGov to put this study together by polling 1,500 teens ages 13 to 17 and about 800 millennials ages 18 to 25. The cool factor was apparently measured by what teens think is “unique, impressive, interesting, amazing or awesome.”

While some of the results are kind of obvious, like Facebook and Twitter not being as popular as they once were, there’s a few other nuggets of information that’ll make you pose like the thinking face emoji. When it comes to social media, Instagram and Snapchat are the coolest and apparently are not just used to share, but to consume and connect. Pinterest, once very cool, is now the least popular with Gen Z (it was even beat out by good old Google+).

As for cool celebrities, no one above the age of 30 made the list. The oldest is NBA’s Steph Curry, who is 29 years old. The youngest are Ariana Grande and Chance The Rapper, both 23.

The music, however, results saw teens looking to their parents: Gen Z thinks a lot of old bands are cool — which millennials would agree with — including The Beatles, Panic at the Disco, Fall Out Boy, and Coldplay. Note that all these bands have been producing new music over the years, but you’d think Panic and Fall Out Boy would stay forgotten in the early 2000s. (Other artists that are cool among teens include Beyonce and Drake, which, duh, of course.)