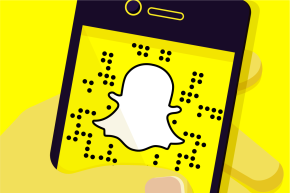 U.S. Marines continue to share nude photos of female members on a private channel, even as investigations continue

Nude photo-sharing by members of the U.S. Marines has found another outlet, moving from closed groups on Facebook to secret channels on Snapchat, Vocativ has learned.

Investigations into the secret groups that upload nude photos of female members of the military have found that the scandal includes other branches of the U.S. military alongside the Marines, and includes platforms to share the photos like Instagram and a photo board called AnonIB, as reported by Business Insider. The scandal has prompted investigations, condemnation, and new social media guidelines, but hasn’t dissuaded members from continuing to upload illicit content without the women’s consent or knowledge, and now they are doing so on Snapchat.

The account, titled “wooknationx4,” shares nude photos of male and female Marines, as well as jokes and more benign pictures. “Wook” is a derogatory epithet for female Marines. In one image, the administrator says he’s a 23-year-old active duty member of the Corps, living on the east coast.

The account includes photos of fans as well as requests for more nude photos.

The account also mentions that its previous iterations have been repeatedly shut down by Snapchat, suggesting that the company is aware that the photo-sharing scandal has reached its platform. The account has advertised a backup account in the event the current one is also shut down: “Add our backup account it takes five seconds if you don’t you’ll regret it.”

Albert told Vocativ that Marines began using Snapchat more heavily “as soon as the big story broke.” The platform is often used to share nude photos, as they are automatically erased once a timer in the app’s upper-right corner finished counting down. Pedophiles have been accused of using the app to solicit nude photos from minors.

The continued morphing existence of illicit photo-sharing accounts is damaging the U.S. Marines at a time when the forces are hoping for more funding from Congress. Marine Commandant General Robert Neller testified before the Senate Armed Services Committee in March, where he admitted investigators were struggling to find the perpetrators behind the accounts. He told the committee at the time: “We all have to commit to getting rid of this perversion of our culture. We will take action to remove this stain on our Marine Corps.”