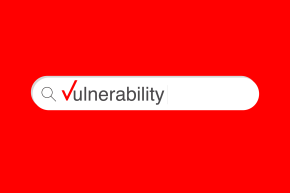 AppFlash could help Verizon sell ads based on what you download on your phone, but it is only testing it for now

It’s only been a couple days since Congress voted to allow Internet providers to sell customers’ sensitive search history, but privacy advocates are worried that Verizon already seems poised to take advantage of the new regulation.

The No. 1 wireless carrier is rolling out a new product called AppFlash that lets users search for content across different apps on their Android phone, according to TechCrunch. So, it’s like a hub that reads everything on your smartphone in order to launch apps more quickly. At first glance this might seem like a helpful tool, but experts are saying it might also be a Trojan horse for privacy and security vulnerabilities.

Verizon has yet to officially roll AppFlash out, but the product’s privacy policy is already bringing up concerns. It reads: “AppFlash information may be shared within the Verizon family of companies including companies like AOL who may use it to help provide more relevant advertising within the AppFlash experiences and in other places, including non-Verizon site, services and devices.”

The Electronic Frontier Foundation published a blog post Thursday warning Android phone owners that AppFlash could lead to being targeted with more intrusive ads and installing vulnerabilities in their smartphones that hackers can exploit.

AppFlash will help Verizon sell ads to customers across the Internet based on what bank they use, where they shop and which restaurants they order from most frequently. So if you were to download a fertility app you might start seeing a lot of baby product ads.

“What are the ramifications? For one thing, this is yet another entity that will be collecting sensitive information about your mobile activity on you Android phone,” wrote the EFF. “But out bigger concern is the increased attack surface an app like AppFlash creates.” The EFF said hackers will be probing for vulnerabilities which could lead to data breaches and spyware.

Verizon has since commented on the speculation and told Vocativ that AppFlash is currently just an experiment.

“As we said earlier this week, we are testing AppFlash to make app discovery better for consumers,” A Verizon spokesperson told Vocativ. “The test is on a single phone – LG K20 V – and you have to opt-in to use the app. Or, you can easily disable the app. Nobody is required to use it. Verizon is committed to your privacy.”