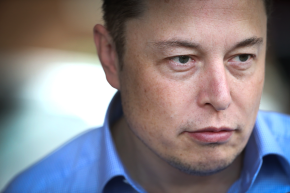 One Of Biggest Names In Tech Has Avoided Publishing Diversity Numbers

Companies run by Elon Musk have been mum, despite discrimination accusations

In response to a sustained public movement that no longer accepts the Silicon Valley fraternity culture, with its deeply-rooted culture of racism and sexism, many leading tech companies have put out public diversity reports — however unflattering the statistics are.

In fact, it has become something of a trope: a company receives bad press, acknowledges it with a report confirming the company is mostly run by white men, and promises to do better in the future. Uber just did so, for instance, after a former employee penned a public letter describing the sexual harassment and discrimination she says experienced there.

Most major tech companies have released diversity reports, including Apple, Google, Airbnb, Netflix, Amazon, Facebook, and Twitter. And while there are still other holdouts, companies run by one of the highest-profile names in tech — Elon Musk — are perhaps the most notable, as some have noticed. This is despite the fact that his two biggest brainchild companies, Tesla and SpaceX, have both been on the receiving end of lawsuits alleging “pervasive harassment” and discrimination (recently at Tesla) and racist and homophobic policies (in 2014 at SpaceX).

Cancelled my @TeslaMotors Model 3 preorder today, and added them (and @SpaceX) to @DiversityData. Sorry @elonmusk! pic.twitter.com/DU00flV9sT

Neither company responded to Vocativ inquiries as to whether such reports have been conducted internally or if there are plans for releasing such data in the future. In addition, SolarCity, a venture chaired by Elon Musk and then recently acquired by Tesla, stopped answering Vocativ’s Twitter messages after a question about diversity reports. When contacted by Motherboard about the lack of published Equal Employment Opportunity reports last year (something companies like Apple and Google have voluntarily started doing before it becomes mandatory in 2018) a representative said, “Both SpaceX and Tesla have many women in leadership positions and throughout the company. Both are committed to diversity and equal pay for women.”

Recent reviews for both companies recently posted on the jobs, recruiting, and company review site Glassdoor suggest at least a few employees have registered concerns. “My manager is a racist and the HR department doesn’t care too much about this kind of discrimination happened at work,” one person who said they were a former product specialist at Tesla wrote in a review in January.

“[SpaceX management should] encourage more diversity, both in thought and in experience,” a purported three-year company veteran wrote in another review. Other reviews (even positive ones) noted similar beliefs.

Change Catalyst, an organization that works to make the tech industry more inclusive, notes that while diversity reports are a good step, it is not usually enough in a company that has larger workplace culture issues.

“For companies like Uber and Tesla that have more serious internal issues around harassment and discrimination, releasing the diversity numbers should not be first on their list,” CEO Melinda Epler told Vocativ in an e-mail. “They need to focus on learning what happened, remove those who are racist, sexist and detrimental to the culture, and fix the broken processes that allowed these infractions. Then they need to working on healing and rebuilding a safe culture.”

It remains to be seen whether this will actually happen, as Musk has a somewhat mixed reputation when it comes to handling criticism on the issue. After negative press, he appointed one woman to his otherwise entirely male board of directors at Tesla in 2014. And when, in 2016, he was asked by the Huffington Post about the notion of conducting equal pay audits, he said he’d “think about it.”