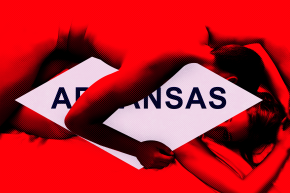 A new resolution cites the dangers of "pornography addiction"

Following in the footsteps of Utah and South Dakota, Arkansas has become the third U.S. state to pass a resolution deeming pornography a “public health crisis” of “epidemic” proportions.

“It is no longer just available in sleazy stores and distributed in brown paper bags,” Rep. Karilyn Brown, a sponsor of House Resolution 1042, told Arkansas Online.

Similar to resolutions passed and presented in other state legislatures, the resolution claims that pornography proliferates abuse of women and children “by depicting rape and abuse as if such acts are harmless,” hyper-sexualization among youth, and a slew of other things related to so-called pornography addiction.

The resolution has amassed support from far-right organizations and other anti-pornography groups like the National Center on Sexual Exploitation, whose executive director likened the effects of pornography to smoking cigarettes in a press release. Conversely, Adult Performers Actors Guild vice president Alana Evans told Vocativ her belief that the societal problems named in the bill run far deeper than the mere existence of adult entertainment.