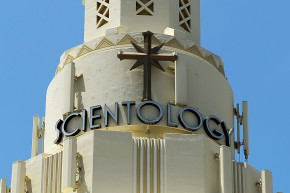 The Church of Scientology will reportedly get its own 24-hour cable channel starting this summer — following a year of worse-than-usual PR for the church, after former member and actress Leah Remini aired her very critical take on the church in an A&E reality show.

Scientology expert Tony Ortega reports he got word of the church’s plans for a cable channel from a tipster who pointed him to a search on the Spectrum — previously Time Warner Cable — channel guide that now shows the Scientology Media Productions TV Schedule. The programming is all “TBA,” but the network is expected to be churning out Scientology content by the summer, according to Ortega.

The same tipster, Ortega posted on his Underground Bunker blog Wednesday, attended a birthday event for the church’s notorious deceased founder, L. Ron Hubbard, earlier this month, at which the church’s current controversial leader, David Miscavige, promised his followers a TV channel by summer 2017. Miscavige, according to Ortega’s tipster, “ran down a list of shows which would be appearing on the channel, including programming by Freedom magazine, 9 hours of L. Ron Hubbard biographical episodes, the ‘Meet a Scientologist’ series, episodes about each Ideal Org, and videos about the church’s ‘Fourth Dynamic Campaigns.’” Or as Ortega explains it, “outreach and expansion.”

Spectrum is part of Charter Communications, the second-largest cable provider in the U.S. It did not respond to Vocativ’s request for comment.

The Church of Scientology has long been the subject of controversy, revived recently in several damning books and documentaries — like Alex Gibney’s 2015 HBO documentary “Going Clear: Scientology and the Prison of Belief — in addition to Remini’s A&E series. They each tell the tale of a shadowy religion that attempts to ruin the lives of those who try to leave the church or criticize it. Some former leaders in the church even claim to have been physically assaulted by Miscavige.

The Church opened its own TV studio last year in Los Angeles that Miscavige described as “our uncorrupted communication line to the billions” on the Scientology website.

“Because as the saying goes,” he went on, “if you don’t write your own story, someone else will. So, yes, we’re now going to be writing our story like no other religion in history. And it’s all going to happen right here from Scientology Media Productions.”