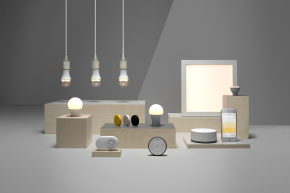 The retailer plans to debut its first Internet-connected home system

IKEA is about to illuminate the homes of many millennials with a new collection of smart light bulbs. Just like everything else in the store, it’ll be inexpensive and aesthetically pleasing.

TRADFRI — which means wireless in Swedish — is a first for IKEA when it comes to selling internet-connected products in the U.S. Previously, IKEA sold wireless chargers that can be built into any piece of furniture, but those were not hooked up to the internet.

The TRADFRI collection will come with a range of bulbs, remotes, hub, and sensors that can be installed throughout any living space of office. The collection of light bulbs and accessories will surely compete with the established Phillips Hue collection, which costs $200 for the starter kit. The TRADFRI is only $80, cheaper than most kits already in the market.

However, compared to the Hue and other bulbs like the Nanoleaf Aurora lights, TRADFRI lacks some features. IKEA’s bulbs only glow in the white spectrum, so you won’t be able to make show them off at your next party whenever you want to put on red or green lights.

The cool thing about IKEA selling the smart bulb collection is that it’ll also include LED canvas-like panels and illuminated doors for select storage units such as cabinets and drawers. They’ll all be able to connect to the lighting hub via Wi-Fi.

The TRADFRI app is set to roll out at the end of the month, which means that the collection should be able soon after in the U.S. The collection was released in select European countries last fall.