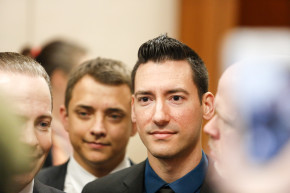 David Daleiden and Sandra Merritt, whose heavily edited undercover videos of Planned Parenthood executives and employees purported to show that they were trying to sell body parts of aborted fetuses, face a new slew of criminal charges resulting from their clandestine activities.

California is the latest state to charge the two “citizen journalists” in relation to their videos, announcing on Tuesday that the pair have been charged with 15 felonies, all relating to videos filmed in that state without the knowledge or consent of some of the people in them. California is one of 11 states that requires all parties involved in an audio conversation (which includes a video with sound in it) to be aware and agree to being recorded.

“We will not tolerate the criminal recording of confidential conversations,” California attorney general Xavier Becerra said.

The Center for Medical Progress, which Daleiden founded, responded to the charges by calling them “bogus” and “fake news,” although it is demonstrably true that they have been charged with 15 felonies (therefore not, in fact, fake news). It also noted that charges filed against Daleiden and Merritt in Texas were eventually dropped. But those charges — tampering with government documents and attempting to purchase fetal organs — were different, and came from a state with a decidedly different stance on abortion and Planned Parenthood.

Daleiden’s California home was raided by state law enforcement agents in 2016, who took footage used to make the sting videos. Investigators used that footage to identify alleged cases of the secret recordings, the criminal complaint said.