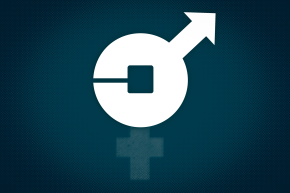 The company has released data following a bout of bad PR

Uber’s long-awaited first-ever diversity report is out, and its pretty much on par with what we’ve come to expect with Silicon Valley: predominantly white and male. The report is released as sexual harassment allegations swirl and details of a frat bro-y corporate culture come to light.

The figures released on Tuesday do not include drivers, whom Uber controversially maintains are essentially independent contractors termed “partners.” This population unquestionably represents the vast majority of the company’s workforce. Among the Uber employees included within the report, women account for only 15 percent of all those in tech positions. As noted by the New York Times, this is a low figure even among other major tech companies like Google and Apple, which have women in 19 and 23 percent of tech roles, respectively. While the overall percentage of women working at Uber is higher than the other companies at a total of 36 percent, only 22 percent of leadership roles are held by these women. That’s a lower percentage than can be seen at Facebook, Apple, Google, or Twitter.

The way gender affects employees’ experience at Uber has been under major scrutiny since Susan Fowler, a software engineer for the company, published her account of a sexist workplace culture steeped in sexual harassment last month. Since then, several employees have joined her in speaking out. And just when it seemed like the most egregious reports of inappropriate behavior had been shared, news that Uber CEO Travis Kalanick — currently seeking help to “grow up” following an outburst at a driver — and a senior vice president took employees to an escort-karaoke bar in South Korea broke on Monday.

“This report is a first step in showing that diversity and inclusion is a priority at Uber,” Kalanick told Bloombeg in a statement. “I know that we have been too slow in publishing our numbers — and that the best way to demonstrate our commitment to change is through transparency.”

In addition to the reports’ stats on gender at Uber, it is also explored how racial minorities are represented within the company. In the past, it has been observed that both racial and gender discrimination could be observed in the way drivers service passengers. As per Uber’s new report, it is clear that company leadership roles are primarily filled by white and Asian men. In total, white and Asian Uber employees fill over 96 percent of leadership roles. In tech leadership roles, that divide is as stark as it could possibly be.

“No Black or Hispanic employees hold leadership positions in tech,” the report reads. “This clearly has to change — a diversity of backgrounds and experience is important at every level.”

Though the company acknowledges its shortcomings in this regard and states it will spend $3 million over three years to change them, it does not set clear goals.