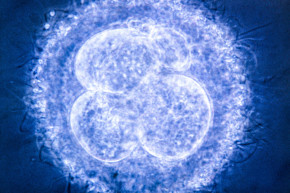 Can This Treatment Help Menopausal Women Get Pregnant?
By Tracy Clark-Flory

Can This Treatment Help Menopausal Women Get Pregnant?

Scientists say they have used a new technique to help two women previously thought to be infertile to get pregnant. The method involves a blood treatment that has been used to heal athletes’ injuries and, according to a report in New Scientist, “it is the first time such a treatment has enabled menopausal women to get pregnant using their own eggs.”

Researcher Kostantinos Sfakianoudis of the Genesis Athens Clinic in Greece has drawn blood from more than 27 perimenopausal and menopausal patients and isolated platelet-rich plasma, which is believed to have healing properties. He and his colleagues then re-injected that plasma “directly into the ovaries and uterus,” according to New Scientist. Some of those women wanted to reverse the symptoms of menopause but most wanted to get pregnant.

Now, the clinic says it has successfully helped two of those women to get pregnant through subsequent IVF — one a 40-year-old using the pseudonym WS who is now six-months-pregnant and the other a 39-year-old who has since miscarried. “I had given up hope on trying to get pregnant,” said WS, who had tried to get pregnant for over six years, according to New Scientist. “To me, it’s a miracle.”

In addition to helping these women get pregnant, the clinic reports that its treatment approach has successfully reversed signs of menopause. As Gizmodo reported earlier this year, 11 of those 27 menopausal women “saw menopause reversed, with hormone levels returning to those associated with fertility, and menstruation beginning again,” according to the clinic.

Curiously, the clinic isn’t exactly clear on why the treatment appears to be working — theories includes that “the plasma wakes up stem cells in the ovary, encouraging them to produce more eggs” or that “the treatment itself might contain stem cells,” reports New Scientist. It is entirely unclear whether the procedure is safe, just how effective it is, or what its potential ramifications might be. Sfakianoudis has partnered with UC Berkeley scientists for a clinical trial, which might answer some of those questions.

But, for now, his clinic is accepting patients from all over the world who are willing to embrace these unknowns just for a chance at fertility.