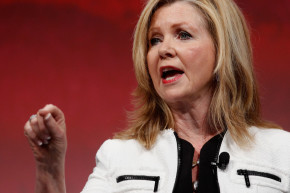 The joint resolution passed with a 215-205 vote, with all affirmative votes but one cast by Republicans. It joins companion legislation that already passed in the Senate, also solely with GOP support. As the White House announced it “strongly supports,” the resolution, it is expected to become law.

The resolution reverses a rule, passed by the Federal Communications Commission at the tail end of President Obama’s second term, that heavily regulates how internet providers and telecom companies can use their customers’ data, requiring them to get permission before sharing them with marketers. Providers and various telecom trade groups were outraged by the rule, publicly urging its repeal in January. The Senate, backed by 22 Republican co-sponsors who have received substantial campaign donations by that industry, voted on Thursday to overturn it.

Both bills caused outrage from privacy advocates, as has the reasoning for the resolution against the FCC’s rule — that the FCC overstepped its authority in creating it.

Because this is a joint resolution instead of a bill, it would not only overturn the FCC’s earlier rules, it would prohibit the agency from creating similar rules in the future.

The resolution now becomes law if signed by President Trump. The White House didn’t respond to request for comment on whether he would sign or veto.