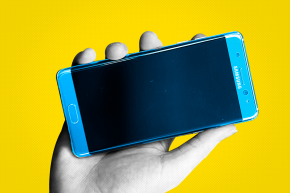 Samsung Will Give Combusting Galaxy Note 7’s A Second Life

You might’ve thought the reputation of the Galaxy Note 7 burned to the ground entirely, but Samsung is giving its nearly-$900 smartphone a second life.

The South Korean phone maker confirmed Monday that it’s going to resell refurbished Note 7 devices, after they had to recall millions of units do to faulty batteries that caused the phone to explode. But this time it will have a smaller battery to prevent from overheating and spontaneously combusting.

Samsung will also recycle Note 7 units that can’t be resold by detaching salvageable components such as chips, camera modules, and rare metals (copper, gold, nickel and silver). All this will be done in an “environmental-friendly” method, according to a press release.

It’s still unclear where Samsung will sell its refurbished Note 7 devices, but it all depends on local authorities, wireless carriers, and demand. Samsung will release details on markets and release dates at a later date.

Samsung had originally said it wouldn’t repair or refurbish the Note 7 after several reported cases of them exploding and injuring consumers. However, the plan to recycle the units comes just one month after the company’s Mobile World Congress keynote was interrupted by Greenpeace protesters demanding a plan of action for the 4.3 million recalled smartphones. Greenpeace commented on the announcement and said it will make sure Samsung “abides by its commitment.”