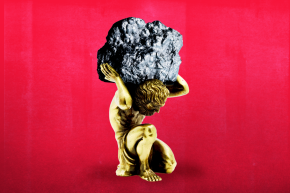 The destructive shadow of the Flint water crisis and others like it will stretch out for decades, at least according to a new study published Tuesday in the journal JAMA.

Researchers delved into a still-ongoing, decades-long study of more than 1,000 New Zealand residents, hoping to track down the effects of childhood lead exposure throughout a person’s adult life. They found that tested children with elevated levels of the toxic metal in their blood were more likely to score lower on an IQ test taken at age 38 than they did at age 11 compared to those with lower levels, and they were also more likely to have their financial fortunes worsen. The pattern held even after accounting for gender, the children’s starting IQ, and their mother’s IQ, with each substantial rise in blood lead levels associated with a 1.6 point drop in IQ by 38.

“Just as the problem of toxic lead exposure in homes appears to persist, so too do the poor outcomes associated with such exposure,” the researchers concluded.

In justifying their research, the team directly invoked the Flint crisis, which saw the town in Michigan deal with lead contamination (and outbreaks of Legionnaires’ disease) following a cost-cutting change in their drinking water source and subsequent poor water treatment in 2014. The year following the switch, around 5 percent of Flint’s children had blood lead levels higher than the accepted minimum established by agencies like the Centers for Disease Control and Prevention, almost double the percentage seen before.

But as others have since discovered, Flint was only the tip of the iceberg. According to a Reuters report released in 2016, at least 3,000 communities around the U.S. have a greater amount of children with high blood lead levels than what was seen during the peak of the Flint crisis.

The study’s findings aren’t entirely applicable to the present-day though. The children studied were all born from 1972 to 1973, an era that saw much higher environmental lead levels in New Zealand and much of the world. The definition of lead poisoning was different then too; it was only in 2012 that the CDC reduced the level of acceptable lead exposure someone could have by half (agencies like the EPA have stuck to the old watermark). By today’s standards, 94 percent of the children studied then would have been considered poisoned. Similarly, the children were scattered across different socioeconomic groups, whereas modern day victims are overwhelmingly poor.

If anything, that reality may only worsen the influence lead could have on developing children’s brains today, since poverty often makes us all the more vulnerable to environmental toxins. Flint, for instance, was so poor that it had been put into a state of financial emergency from 2011 to 2015, a reality that led city officials to switch the town’s water supply to the cheaper but corrosive Flint River in the first place.

Adding to that, scientists have found there’s no truly safe level of lead we can be exposed to without health risks, especially the younger we are. Even with our successful efforts to clean up contamination in recent years, some research has found current levels of lead exposure may account for greater drops in childhood IQ than many other congenital diseases. The current study suggests that these drops then contribute to poorer life outcomes, which in turn helps create a perpetual cycle of poverty within families and neighborhoods.

In other words, it’s almost certain that long after the publicity dies down and the cameras have stopped rolling, the children of Flint, Michigan and many others like them will still silently be paying the price.