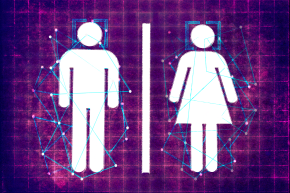 It seems everything is receiving a technology upgrade nowadays, and public restrooms might be the next target. Whether it’s to fight toilet paper thieves or show which stalls are occupied, the next time you go pee there may be technology watching over you.

Authorities in China are adding facial recognition toilet paper dispensers in some public restrooms to stop visitors from stealing entire rolls of toilet paper. The high-tech dispensers work by scanning the face of visitors upon first entering the restroom. Once the person stands in front of the computer for three seconds, it’ll dispense a two-feet long sheet of paper. Visitors will have to be resourceful with the amount they get because the machine won’t give toilet paper twice to the same person for nine minutes.

The facial recognition dispenser is currently installed in the restrooms at Beijing’s Temple of Heaven Park, which is one of the city’s busiest tourist sites. While some people are happy that authorities are fighting back “greedy” toilet users, others are complaining about the sheets dispensed being too short, according to The New York Times.

China is not the only country getting smart with its restrooms, South Korea outfitted some of its restrooms with screens that show which stalls are occupied and which are available, according to a photo on Reddit. The TV screen also shows visitors which stalls have a traditional toilet and which are for squatting — which is common in Asia.

Just from looking at the photo it’s unclear how the smart TV can recognize which stalls are free, but it’s a nice feature that could save people time from awkwardly checking stall to stall.

In the U.S., the most technologically-advanced feature that public restrooms have is usually automatic flushing, water faucets, and paper towel dispensers. It’ll be interesting to see when there’s an upgrade how people will feel about it. Maybe toilets, just like microwaves, will be spying on us in a near future.