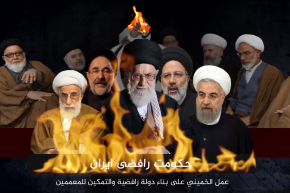 ISIS Directs Threats To Iran In Farsi In New Video

ISIS released an official video from Diyala, which borders on Iran, and is a longtime ISIS nerve center

ISIS rarely takes on Iran in Farsi, but the terror group has released a propaganda film aimed at Tehran out of its Diyala Province arm. Diyala stretches from Baghdad to Iraq’s border with Iran and was the nerve center of ISIS operations before the group spread into the north and west of the country.

The video, 36 minutes long, is titled “Persia between yesterday and today,” and along with the threats to attack Iran, the Islamic State also accuses Tehran of persecuting Sunnis who live in Iran. The group alleges that more than 18,000 Sunnis living in Iran have been executed there since the 1979 revolution. “Execution by hanging is the preferred method of killing Sunnis in Iran,” the video notes.

The video denounces the current Islamic Republic there as an un-Islamic regime that copied democratic institutions from the west. It featured four Farsi-speaking ISIS fighters criticizing Tehran for its hostility towards Sunnis and called on the Sunnis living in Iran to rise up against the theocratic regime. One called for attacks on mosques in Tehran, Isfahan and to “burn the land beneath their feet.”

Iran is deeply involved in both Iraq and Syria’s efforts to rout the Islamic State from those countries. It is funding and equipping Shiite militias in Iraq and in Syria.

ISIS’ claims of Iran’s persecution of Sunnis likely touch on reports that Iran has one of the highest execution rates in the world, according to Amnesty International. Tehran is said to have executed at least 977 people in 2015, mainly for drug-related crimes, far more than countries like Pakistan and Saudi Arabia. Human rights organizations have warned of mass executions of Sunnis in Iran and called on Iran to lift restrictions faced by Iran’s Sunnis, who make up about nine percent of the population.

ISIS claims Iran has executed over 18,000 Sunnis since 1979 in a new video released on Sunday