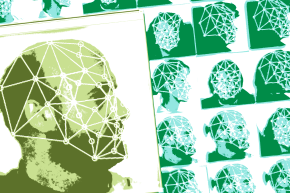 FBI Grilled On Extent Of Its Facial Recognition Program

Lawmakers express anger and horror over the agency's face recognition system, which now has unfettered accesses to ID photos in 18 states

The FBI took fire from privacy advocates and members of Congress Wednesday over how it characterizes its face recognition program, which has allowed agents to access and algorithmically match the photos of tens of millions of Americans — including innocent people who have never been charged with a crime.

At a hearing convened by the House of Representatives’ government oversight committee, experts and lawmakers pressed an FBI representative on the agency’s misrepresentation of the program’s scope, as well as its refusal to audit the accuracy of systems responsible for matching vast databases of photos with criminal suspects.

FBI spokesperson Kimberly Del Greco responded to several questions with statements that contradict what is currently known about the scope and capabilities of the agency’s face recognition programs.

“The only information the FBI has and have collected in our database are criminal mugshot photos,” Del Greco stated, when asked by committee chairman Rep. Jason Chaffetz (R-UT) whether the FBI was collecting or storing photos of innocent people from other sources, like social media. “We do not have any other photos in our repository.”

According to a comprehensive report released last year by researchers at Georgetown Law, roughly half of all Americans have their photos accessible by a law enforcement face recognition system. The report found that 16 states grant the FBI free access to driver’s license photos for its Next Generation Identification and Facial Analysis, Comparison, and Evaluation (FACE) photo-searching systems. The House Oversight Committee also recently learned that two additional states — Arizona and Maryland — have been added, bringing the total to 18 states.

The hearing’s panelists quickly concurred that even if the FBI doesn’t directly control some of the photo databases, it can still easily access them with no independent oversight. Agreements with the Department of Motor Vehicles in 18 states currently allow the agency’s face-matching system to freely access residents’ driver’s license photos in order to conduct virtually unlimited face recognition searches, according to Alvaro Bedoya, a surveillance researcher who sat on the panel, and a coauthor of the Georgetown Law face recognition report.

“Who owns and operates a database matters a lot less than who uses it and how it’s used,” Bedoya said.

Jennifer Lynch, an attorney with the Electronic Frontier Foundation, said that Del Greco’s statement is false, noting the FBI repository does in fact include the photos of people not suspected of any crime. She referred to a section of the Georgetown report, which is based on FBI documents showing that photos of non-criminals comprise roughly 16% of the FBI’s NGI database.

An FBI spokesperson would not comment on Del Greco’s statements when contacted by Vocativ, instead referring back to the representative’s written testimony.

Del Greco also acknowledged that the FBI declined to audit its face-matching system for accuracy, despite evidence that face recognition algorithms have a significantly higher rate of false positives for African-Americans.

“According to these reports, if you’re black, you’re more likely to be subjected to this technology, and the technology is more likely to be wrong. That’s a hell of a combination,” said Rep. Elijah Cummins (D-MD). “Rather than conducting testing that would show whether or not concerns have merit, the FBI chooses to ignore growing evidence that the technology has a disproportionate impact on African Americans.”

Lawmakers at the panel also expressed horror at the potential misuse of unregulated face recognition systems, mentioning the ability to combine them with ubiquitous surveillance cameras in order to track people in real time. Committee members specifically noted the government’s ability to identify and crack down on political protesters simply by comparing CCTV footage with photos stored in a massive database. Police in Baltimore have already done exactly that, using photos posted on social media to identify people who took to the streets during the Freddie Gray protests in 2015.

“What scares me is the FBI and the [Justice Department] trying to proactively collect everyone’s face,” Chaffetz said.

Update: Friday, March 24 1:20 PM: This article has been updated with a response from an FBI spokesperson.