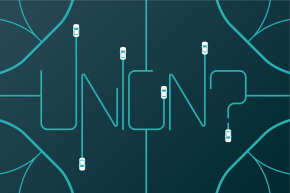 Uber Drivers In Seattle Are Torn Over Union Efforts

As a court order presents a new obstacle and Uber pulls out all the stops, drivers try to sift through it all

The first reply was snarky, pointing the member to the Seattle City Council’s website. “They unfortunately aren’t interested in listening to drivers though,” the commenter wrote.

What followed was a testy and heated debate about the benefits of unionizing among the growing workforce of “gig economy” drivers in the city. If it started out as an earnest discussion, it certainly wasn’t by the end as the debate devolved into name calling and accusations.

The growing gig economy’s reliance on “self-employed” staffers has been met with ample criticism, as companies like Uber and Lyft get the benefits of full-time workers, but by classifying them as independent contractors, don’t have to pay for health care, sick days, and abiding by certain worker protections. Stories like a Lyft driver working while going into labor are used by the company to illustrate these workers’ supreme flexibility in their jobs. But they are framed by critics as an example of what Sen. Elizabeth Warren has called “a losing effort to build some economic security in a world where all the benefits are floating to the top 10 percent.”

Recently, at the center of this debate has been a 2015 Seattle City Council ordinance that allowed workers the opportunity to form the nation’s first-ever union of Uber and Lyft drivers. A two-year court battle followed, however, as companies and the U.S. Chamber of Commerce have argued that it violates state and federal laws and sought to keep app-based workers from gaining collective bargaining rights. On Tuesday, after a series of lower courts repeatedly said the union effort could proceed, a federal judge dealt a setback by temporarily blocking the measure, saying simply the case now needed time to be decided in federal court.

It’s clear that if successful, the Seattle union efforts have the potential to mark a turning point for the gig economy — at least if judged by Uber’s extreme efforts to quash it. These have ranged from television advertising during Seahawks games to anti-union information sessions masquerading as “pizza parties” and even a podcast advertised on the home screens of the app used by Uber drivers.

Union organizers involved say this anti-union campaign is especially “crazy.” “I’ve never seen one like this before,” said Dawn Gearhart, a member of the Seattle-based Teamsters who has been working to unionize drivers of ride hailing apps since 2013.

If the courts do ever allow for a union vote, drivers themselves seem to be split on whether a labor union should formally represent them.

Mustafa Abdi, a Seattle-based Uber driver Gearhart has been working with is among those drivers. He is a father of six who moved to the U.S. with his family from Somalia in 2012 to provide his children with a better life. After working as a cab driver for the city, he bought a car and began working for Uber in 2015. He says he changes his work schedule changes depending on the week.

“Uber and Lyft, they do whatever they want with the drivers [and] with the city,” he told Vocativ, detailing the experience of fellow drivers who have been “deactivated” following negative ratings from inebriated drivers. He says Uber’s one-sided means and methods of deactivating (read: firing) driver’s is one of several things he’d like to see change. “Seattle City Council [has] given us a voice.”

He’s also not a fan of  UberPool, the Uber service that strangers to share cars for a reduced cost. Its requirement that drivers must sometimes travel long great distances to pick up customers can result in him making only $2 or $3 an hour, he said. “They give you three people [in] different locations, sometimes 40 minutes to an hour [away],” he said.

While Abdi is all for unionization and has been working closely with Gearhart, not all drivers see things as he does, nor do they believe a union will lead to the changes they want to see. A small number of some have been directly involved in the legal process countering the city’s ordinance.

Discussions in other Seattle Uber driver Facebook groups have played out in a similar fashion over the last month as Seattle’s Teamsters Local 117 have begun collecting signatures to capitalize on the law that paved the way for drivers to unionize.

In online forums, union advocates claim that drivers have had their pay rates slashed by the company repeatedly over the last few years and that a union could help reverse the trend. They also believe it could help full-time drivers acquire benefits such as health insurance and retirement accounts and perhaps even the ability to garner tips from riders. (Of course, whether or not a union would advocate for changes like these would rely on a vote held among members.)

Opponents believe a union wouldn’t have the power to convince tech companies to make fundamental changes. Instead, it would put drivers on some fixed driving schedule — an idea almost all the drivers hate — charge exorbitant union dues, or worse, drive Uber and Lyft out of Seattle all together. The companies themselves have argued the law could “undermine the flexibility” of drivers.

More Uber’s Trying To Make Cars Cheaper Than The Subway

Gearhart notes that the Teamsters have no interest in delving into the schedules of drivers, only advocating for shifts that do not exceed 12 hours at a time, as per state labor laws.

In many ways, one gets the sense that Seattle drivers’ views about a potential union more or less reflects their view of unions in general. Opponents often cite precedents set by unions that have little to do with their own situation, while proponents use vague language like “protecting workers rights” that suggest their viewpoint is being driven by their political identity as it relates to national politics.

The court’s Tuesday ruling may have slowed momentum anyway, if as Charlotte Garden, an associate law professor at Seattle University told Bloomberg, “drivers start to think collective-bargaining rights are a lost cause.” But despite the uniquely tech-savvy and expensive means means by which Uber — valued at $28 billion by conservative estimates — is rallying drivers against a union, Gearhart believes that, ultimately, most drivers will want a seat at the bargaining table, if the legal system gives them that chance.

“Many drivers have already been through a lot more adversity than Uber so they’re not afraid to exert their rights,” she said.