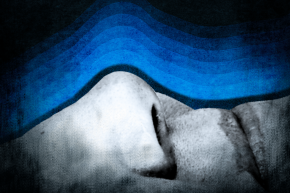 Losing Our Sense Of Smell Is Linked To Death Risk, Long-Term Study Shows
By Ed Cara

Losing Our Sense Of Smell Is Linked To Death Risk, Long-Term Study Shows

The nose knows our own mortality

The more our bodies age, the worse our ability to interact with the world gets. We lose a spring in our step, our recollections become faded, and we can’t read the menu without a pair of glasses.

But a new study published Wednesday in the Journal of the American Geriatrics Society suggests that losing one particular bodily function — our sense of smell — may be more just than an incidental sign of aging. Surprisingly, losing this sense may help predict if we’re going to die sooner than later.

Swedish researchers, as part of an ongoing research project started in the 1980s, have been following their fellow countrymen over the age of 40 as they grew older and occasionally died. In the current study, they specifically keyed in on more than 1,700 volunteers, ages 40 to 90, who were given a test that measured their sense of smell when they first entered the study. Over a ten-year period, they found that those who performed worse initially were more likely to have died, even after controlling for other factors like age, sex, and pre-existing health conditions like dementia.

“Our results were not explained by dementia, which was previously linked to smell loss,” said senior study author Dr. Jonas Olofsson of Umeå University in a statement. “Instead, mortality risk was uniquely predicted by smell loss.”

Some 400 volunteers, or 23 percent, had passed on by ten years time. With each higher point score on the smell test, which asked them to correctly identity 16 smells, there was an associated eight percent decrease in the risk of dying. Those who had already lost their sense of smell completely had a 19 percent higher risk of dying.

The loss of smell has been seen as a bellwether for certain kinds of cognitive decline for some time now. The part of the brain that regulates smell, along with the regions that affect memory and learning, are some of the first to become damaged when degenerative disorders like Alzheimer’s and Parkinson’s show up. But the current study, which is not the first to link a loss of smell to mortality, suggests the health connection is even more substantial.

At this point, though, there’s no clear answer as to whether our lost sniffers actually influence our risk of dying or simply predict it.

Scientists have speculated that because the cells that help us smell need to constantly regenerate, smell loss is just a indicator that our body’s machinery is on its last legs. But because the brain nerve that regulates smell is exposed to the outside world via the nose, it’s also possible that sniffed-in toxins can directly harm our sense of smell and overall health. In a small way, the loss of smell could also contribute to people dying in otherwise avoidable accidents, like eating spoiled food.

“In our future research, we will try to pinpoint the biological processes that can explain this phenomenon,” said Olofsson.