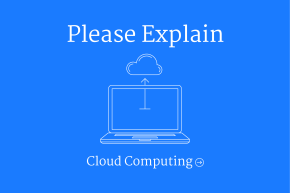 Our Favorite Entries From The New ‘Urban Dictionary’ Of Tech Jargon

It explains everything from APIs to zero-days with colorful analogies

If you want the definition of a general word you consult Merriam-Webster, and if you want the slang meaning of word you go to Urban Dictionary, but where do you go when you need an explanation for tech jargon? As of last week, you can go to Sideways Dictionary, which aims to demystify the creep of technical and industry technology terms into our everyday language.

Sideways Dictionary, a project created by Google’s Jigsaw incubator in partnership with The Washington Post, is trying to break down complicated terms in the technology lexicon such as “bot,” “ad block” and “phishing” by explaining them with creative and often times comical analogies, rather than straight definitions.

The dictionary currently has 73 words, each with at least one analogy. Users can create an account using their Google, Facebook or Twitter login and add more analogies, which can then be up or down voted on the list.

Some of the best analogies in the dictionary includes “two factor authentication,” which means having more than just a password to login into an account by adding an extra layer of protection using a security key or a mobile phone. But Sideways Dictionary describes it as being “like Cinderella’s slipper. She can give her name and confirm where she was before midnight, but it’s only when the slipper fits that Prince Charming knows she’s for real. The Prince was an early adopter of 2FA.”

Another good analogy is for a cookie — not the one you eat, but the tracking tool used by online browsers — which is explained as “a barista with a good memory. So every morning when you come in for your decaf soy latte with an extra shot and cream, they nod wearily and say, ‘The usual?’”

There is also an analogy for “troll,” which is now a very known term, but still funny to relate to a “stray dog,” because if it “starts following you around, don’t feed it, don’t engage with it, and don’t encourage it. Keep walking and it will lose interest.”

Sideways Dictionary was launched last week with the vision to help people understand technology better in order for it to work better for everyone, according the sites “About” page.  If there’s a specific tech word you’re looking for you can just search for it and see if it’s explained in an analogy. Otherwise, you might want to try Merriam-Webster or Urban Dictionary.