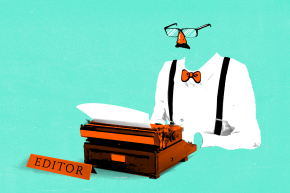 Another glimpse into the ugly side of science publishing

Frustrated by constant requests to serve as editors for less-than-reputable scientific journals, a team of Polish researchers decided to try to game the system. They were disturbed by how successful they were.

Mixed in among the well-respected journals, today there are a number of legitimate-seeming publications on the surface that often don’t exist to publish good science but instead to collect publication “fees.” While some legitimate, selective journals may also require scientists to submit a fee with their paper, others will publish pretty much whatever they get in order to collect them. These so-called “predatory” journals often publish work with little of the expected vetting or peer review. Meanwhile, stressed out scientists under pressure to publish their work might welcome any acceptance letter.

One of the key ways that these journals seek to appear legitimate is by listing prestigious scientists as members of their editorial boards. Unlike their corollaries at top journals like Science or Nature, editors of predatory journals might not properly vet a particular submission; sometimes, they are not experts in that given field at all.

Four psychologists from the University of Wrocław in Poland were fed up with the constant requests to serve as these kinds of editors. So, according to an editorial published Wednesday in Nature, they decided to perform a sting.

In 2015, the researchers created a persona named Anna O. Szust (the last name means “fake” in Polish). They wrote up a CV complete with fake scientific degrees and a faculty web page, attributed fake book chapters to her, and decked out her online presence with profiles on Academia.edu, Google Plus and Twitter. The profile was, intentionally, “dismally inadequate for a role as editor,” the researchers write—there were no journal articles attributed to her, and an online search for her supposed book, or even its invented publisher, would come up empty.

“Szust” sent her CV and cover letter to 360 journals, some well respected, some not, to apply for an editor position. Forty-eight journals, most of them less reputable, accepted her quickly and with nearly no vetting, the said. Four immediately made her editor-in-chief. Another dozen said they would accept her on the condition that she organize a conference, or that she pay a fee or donation to the journal, or submitted her own papers, sometimes for an additional fee. And though some journals the researchers considered predatory acted as they should have by further evaluating Szust’s credentials, “such titles were by far the most likely to accept an unqualified candidate and to try to profit from her,” the researchers write.

Despite the researchers’ emails to journals explaining their deception and withdrawing Szust from the boards to which she had been appointed, at the time of the study’s submission 11 journals still had her name listed on their web sites, including one to which the researchers did not apply.

This isn’t the first investigation in recent years to reveal an ugly side of science publishing—in 2015, a journalist published a bogus study to a fake journal, which was then covered extensively by the press. In that case, as in this one, the researchers behind the stunt hope to bring greater awareness to problems of the industry and to help scientists avoid being duped.

Though the researchers behind this study did not name the journals that played into their scheme, they note that various lists, such as the Directory of Open Access Journals, Journal Citation Reports, and, formerly, Beall’s List, can help scientists make sure journals are legit before they submit their study, or their money.