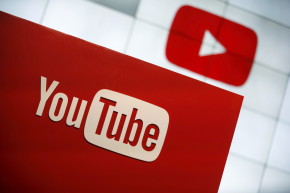 Facing outcry in one of largest ad markets, the company has promised to better patrol ad placement

Update: As of 3PM EST on March 24, PepsiCo, Wal-Mart, Johnson & Johnson, Dish Network, Starbucks, General Motors, and FX Networks had also suspended advertising spending on Google, according to the Wall Street Journal. (Some brands made exceptions for targeted search ads.)

Following outcry from British brands angered that their advertising was being placed alongside hateful YouTube videos, parent company Google has promised to better patrol its websites and will be changing corporate policies.

“We have strict policies that define where Google ads should appear, and in the vast majority of cases, our policies and tools work as intended. But at times we don’t get it right,” Google’s chief business officer Philipp Schindler wrote in a blog post.

Not getting it right was something of an understatement. After The Times Of London investigated the way YouTube content from “hate preachers, rape apologists, and homophobic extremists” was being run alongside ads from major companies, over 250 companies and organizations suspended their ad deals.

More How YouTube’s Block Of LGBTQ Videos Could Hurt Kids

ISBA, a British organization created to protect the interests of British advertisers, also put out a statement urging Google to review its policies “to eliminate the risk of brands being damaged by inappropriate context.” Even the British government chose to pull its digital ads “pending reassurances from Google that government messages can be delivered in a safe and appropriate way,” and politicians criticized the company for “profiting from hatred.”

All this pressure from the tech giant’s second-largest international market proved forceful enough to warrant change. In addition to making a commitment to give brands more control of where their ads would be featured, Google has announced it will be hiring more staff and developing artificial intelligence tools to review whether content is suited for advertising.

Though Google’s announcement states it is “taking a tougher stance on hateful, offensive, and derogatory content,” it also maintains their “responsibility to protect this vibrant, creative world — from emerging creators to established publishers — even when we don’t always agree with the views being expressed.” As such, it’s unclear whether or not these kinds of videos will actually be taken down.