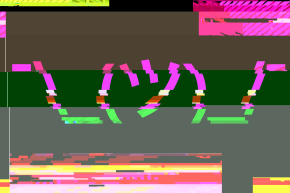 The majority of people couldn't even get a passing grade, and with cybersecurity, ignorance isn't bliss

After discovering that many Americans are failing to do the things they need to do in order to avoid being hacked in January, Pew Research Center is now able to tell us just how clueless we really are.

Ask Americans to define a “botnet,” and most can’t. Can turning off a GPS prevent smartphone location tracking? That’s also a tough question—so, too, is whether our e-mail is encrypted by default.

In order to find out whether or not our failure to safeguard our digital privacy is based in ignorant bliss or intentional disregard, Pew created a 13-question cybersecurity quiz, with questions ranging from the obvious to the technical,

The 1,055 adult respondents were also asked to identify the most secure password out of four given options, identify a phishing scam, and pick which of multiple login screens included multi-factor authentication. (You can take the quiz yourself here, preferably before reading on and having at least one answered correctly for you.)

Only one percent of respondents got all of the questions right, and less than half of the total pool were able to answer even six out of the 13 correctly. Additionally, rather than guessing, many respondents chose to admit they were “not sure.” Even in the easiest questions, like whether or not public Wi-Fi is safe for sensitive activities, at least 17 percent of respondents declined to guess.

“It was very striking to see just how many people were not even giving an answer,” said Lee Rainie, director of internet, science, and technology research at Pew Research Center. “Usually in a low-stakes quiz like this, people will just throw out an answer but in this particular case they weren’t tuned into these issues enough to even feel like they could venture a guess.”

On the whole, adults under the age of 49 performed the best on the quiz, as did those with at least a college education. To Raine, it made sense that younger people who have grown with these technologies did better.

The questions that stumped the most respondents were about botnets, VPNs, and multi-factor authentication. According to Michael Kaiser, executive director of the National Cyber Security Alliance, the public’s lack of understanding of cybersecurity is concerning. He said understanding these terms, such as multi-factor authentication and VPNs, is the first step to getting people to use them.

“If you were to ask what’s the one thing people should be doing today to be safe and secure, I’d say turn on multi-factor authentication, so that’s a disconcerting result for all of us,” he said.

“[Cybersecurity] is a basic societal safety and security issue in the same way that it is for disease suppression and traffic safety. More people use the internet than drive,” he added. “We have this tremendous need to educate everybody.”