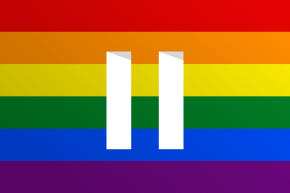 How YouTube’s Block Of LGBTQ Videos Could Hurt Kids

The platform has helped many teens come to terms with their sexuality, but lately videos are harder to access

Eduardo Solis, an openly gay 18-year-old college student, says that YouTube was instrumental in his journey to coming out. Though he knew he was gay since he was in third grade and has a gay older brother, he didn’t know where to begin in approaching his parents, whom he feared might react negatively.

“I would [spend] countless of nights searching ‘coming out videos’ on YouTube and watching them,” he told Vocativ in a Twitter DM. “While I watched them, I remember crying and being emotional due to the fact that I could connect with the stories.” After coming out himself, Solis decided to make his own video to tell his story in hopes of helping others.

But if any of the young people he aims to reach are using browsers set to YouTube’s “Restricted Mode” — either by the adults who control their home computer usage or by administrators at their schools or libraries — they will not be able to see. His YouTube video, in which he discusses the “amazing feeling of being yourself” that he experienced in coming out, is one of the many videos embroiled in what has become a major controversy.

Since users discovered that YouTube’s “Restricted Mode” setting has been hiding videos with LGBTQ-themed content last week, the platform has been dealing with harsh criticism. Content creators and viewers alike have voiced their disappointment with the measure, which they say could cut off a vital access point for young people looking for answers as they explore their own gender and sexuality.

The Restricted Mode, which aims to “screen out potentially objectionable content that you may prefer not to see or don’t want others in your family to see on YouTube,” is seemingly scooping up lots of content that deals with LBTQ themes generally, regardless of whether or not there is any mature content included. According to YouTube, whether or not a video is blocked in this mode relies on community flagging, age restrictions, and other unidentified “signals.”

Finding fault in the idea that their “it gets better” videos, same-sex wedding documentation, and makeup tutorials for trans women are objectionable, YouTubers within the LGBTQ community spoke out en masse against this practice over the weekend, using the hashtag #YouTubeIsOverParty.

In response, YouTube released a statement saying, “We are so proud to represent LGBTQ+ voices on our platform — they’re a key part of what YouTube is all about. LGBTQ+ videos are available in Restricted Mode, but videos that discuss more sensitive issues may not be. We regret any confusion this has caused and are looking into your concerns.”

Members of the YouTube community who felt their work had been inappropriately restricted have quickly challenged that claim. One user even ran a test to see if YouTube would flag his totally innocuous 20-second video “GAY flag and me petting my cat to see if youtube blocks this.” The video, which simply features him petting his cat, was restricted. Others noted that videos with titles alluding to homophobia were not filtered out when Restricted Mode was activated.

Any kind of generalized restriction of LGBTQ-related content, many said, could harm youths who use the platform for research when other options were less accessible.

Nick Wanant, an openly gay 18-year-old and YouTuber from Buffalo, New York, was among the users who voiced their disappointment with the platform.

“Having YouTube block out the LGBT community breaks my heart because a few years ago when I was trying to find out who I was, YouTube was the only platform that helped me with the questions I had,” he told Vocativ in a Twitter DM. “To see people who have experienced the same thing I was going through helped me so so much, it relived so much stress from my shoulders and it helped me come out.”

He recalled turning to the videos of Troye Sivan and Tyler Oakley for insight when the class on sexuality and gender identity he took in school failed to provide him with all the answers he needed.

Kimi, an 18-year-old college student who grew up in a conservative Wisconsin suburb, expressed similar feelings. She recalls sex ed being “bad for heterosexual relationships and non-existent for heterosexual relationships” in school. It wasn’t until she got her own computer four years ago that she was able to scour YouTube and other social media platforms to answer questions she had about her sexuality. While she is still in the process of coming out to her family, and didn’t want Vocativ to use her last name, she says YouTube is helping her get there.

The fact that it took YouTube for these teens to learn about and feel comfortable expressing their sexualities is hardly surprising. At present, there are eight states that censor LGBTQ topics in school altogether, and California is the only state that teaches LGBT history in public schools. As per the most recent survey conducted by the Gay, Lesbian, and Straight Education Network (GLSEN), only 42 percent of students said they could find information about LGBT-related issues in their school library. Just under half said that were able to access this kind of information online via school computers.