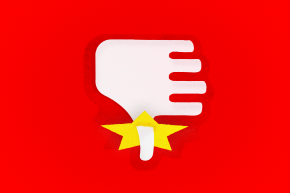 Netflix Gives Its New Rating System A Thumbs Up

“Five stars feels very yesterday now,” Todd Yellin, Netflix’s vice president of product, said in a press briefing Thursday. “We’re spending many billions of dollars on the titles we’re producing and licensing, and with these big catalogs, that just adds a challenge.”

The thumbs up/down rating system will come with percentage matching, which means that Netflix’s algorithms will show how much a viewer is likely to enjoy the show or movie right next to its title.

The thumbs rating system has been adapted by other video and social media platforms, therefore it’s something people are familiar with. However, it doesn’t give much information other than good or bad. With stars, there is a lot more nuance.

Yellin said that users seem to engage with ratings more using the thumbs system. Last year, Netflix rolled out thumb rating systems as a trial to thousands of users around the world. Yellin said there was an increase of 200 percent more ratings logged with the new system and that it’ll be good for “bubbling up the stuff people actually want to watch is super important.”

Competitor streaming sites like Hulu and Amazon are still on five star rating systems, but it’ll be interesting to see if they switch over to thumbs up/down in the future. The rating system will be replaced in April, and it’ll happen globally.