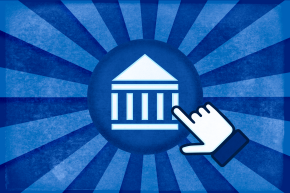 Facebook’s Town Hall Wants You To Message Politicians On Facebook

It's not clear whether they're listening

The Town Hall feature can be found under “explore,” if you’re using the browser. Users will have to input their address in order for Facebook to display a list of representatives at local, federal and state levels. Facebook says it won’t display or share your address, but it doesn’t specify if it saves it. Once users have the list of reps, they’ll be able to email, call or message them directly — though it all depends on what features and information the reps have available on their Facebook page.

Zuckerberg announced last month that he’s trying to build an infrastructure for a global community and part of it was to increase engagement in existing political processes, including “voting, engaging with issues and representatives, speaking out and sometimes organizing.”

“Our society will reflect our collective values if we engage in the civic process and participate in self-governance,” Zuckerberg wrote in his letter. “Today, most of us do not even know who our local representatives are, but many policies impacting our lives are local, and this is where our participation has the greatest influence.”

Town Hall will also let you follow your representatives on Facebook and see which of your friends have connected with other government representatives, whether in your state or somewhere else.

The feature is currently only available in the U.S., but its unclear if Facebook will roll it out with other bodies of government in other countries.