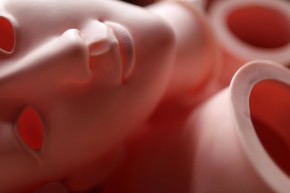 Child Sex Dolls Are Horrifying — But Some Say They Prevent Abuse

The very idea of a child sex doll — a life-size, anatomically correct figure typically modeled after a little girl — tends to evoke abject horror. But earlier this week, a Finnish non-profit that has spent several decades promoting “sexual well being” suggested that these disturbing little dolls might actually help to protect children from abuse.

Tommi Paalanen, executive director of the Sexpo Foundation, argued that pedophiles can be prevented from abusing kids if given an acceptable channel for their desires — and that “sex dolls are one such channel.”

“A person who uses a lot of money and effort to purchase the doll has already made the decision that he wants to carry out the sexual tendency,” he wrote in a statement, according to a translation. “Therefore, it is important that the customs authorities or others concerned about the sex dolls actors do not hamper their availability.”

The statement, which quickly and inevitably garnered tabloid headlines, came following news of an uptick in Norway of imports of child sex dolls from Hong Kong. Police there have seized 21 such dolls since October and warn that the buyers — men between the ages of 18 and 60, some of whom had already been convicted of child abuse — “may pose a risk of committing abuses against children in the future.” It isn’t just Norway and Finland that are grappling with this issue — men in Canada and Australia are currently on trial or being investigated for allegedly purchasing child sex dolls.

The Sexpo Foundation is hardly the first to suggest that it’s the latter. Milton Diamond, a sex researcher and professor emeritus at the University of Hawai’i at Mānoa, has long argued that simulated child pornography — meaning pornographic content that features computer-generated images instead of footage of real children— can prevent child abuse. In 2010, he published a study finding that during a period in the Czech Republic when child pornography was not illegal, there was a “significant decrease in the incidence of child sex abuse.” Studies have found similar evidence in Denmark and Japan. From that, he argues, we can conclude that child sex dolls would have a similar effect.

It’s similar to an argument made by Shin Takagi, a self-described pedophile based in Japan who sells child-like sex dolls. As he told The Atlantic last year, “We should accept that there is no way to change someone’s fetishes. I am helping people express their desires, legally and ethically. It’s not worth living if you have to live with repressed desire.”

In other words, the dolls could either incite or satiate.

Most experts, however, say we simply don’t know one way or the other. James Cantor, a clinical psychologist and editor-in-chief of the academic journal Sexual Abuse, said, “It is very possible that using child sex dolls could reduce someone’s risk of harming an actual child, but I am not aware of any such study actually having been conducted,” he said. “Importantly, the reverse is also true: There is no evidence that using child sex dolls causes any increase in risk of molesting a real child.”

It’s possible that the truth is somewhere in between. Michael Seto, a forensic psychologist who studies pedophilia, sexual offending and child pornography, suggests that, similar to what research is revealing to us about the impact of pornography, it might be that it depends entirely on the person. “For some individuals with pedophilia, access to child sex dolls or fictional child pornography might be a safe outlet for their sexual desires, which otherwise cannot be expressed legally. This might further reduce their likelihood of sexually offending against children,” he said. “For others, though, child sex dolls or fictional pornography might be an incitement, stirring up sexual feelings that lead to offending.”

Fred Berlin, a psychiatrist who specializes in sexual disorders at Johns Hopkins, similarly says there is a total paucity of research in this area, but is skeptical of claims that child sex dolls could act as effective deterrents. “It’s not going to be a cure for the problem,” he said, adding that he hopes people don’t turn to the dolls as an alternative to psychiatric treatment.

The irony is that, while all this reticence about this topic ostensibly arises from concern for children, it might actually have the effect of hurting them. “We need research to figure this out,” said Seto. “My hope is that people can get past their emotional reactions to the idea of child sex dolls or fictional child pornography, in the hope that we might find an option that helps people with pedophilia and makes children safer.”

Cantor agrees. “Despite the great potential to reduce sexual offenses even before one occurs, there hasn’t been anyone stepping up,” he said. “People’s aversion to this topic is stopping us from improving child protection efforts.”