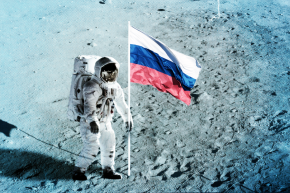 The head of the Russian space agency announced Tuesday that the search is on to find cosmonauts for a future moon mission. Over the next four months, any Russian citizen who meets the requirements — and there are a whole bunch of them — has the opportunity to apply to be one of the six to eight people Roscosmos plans to send to the moon in the next decade or so.

Russia is one of several countries and private companies looking toward Earth’s satellite. Chinese state media announced on March 9 that the country is building a spacecraft capable of taking as many as six astronauts to the moon, while both NASA and SpaceX announced in February seemingly hasty plans for possible lunar flybys in 2018. Roscosmos is looking quite a bit further into the future, with an uncrewed lunar landing currently scheduled for around 2025. If this new search does find some future cosmonauts, they likely wouldn’t head to the moon until as late as 2030.

Perhaps because of that long wait before the actual lunar mission, Roscosmos appears to be looking for first-time cosmonauts instead of filling the spots from its existing ranks. That’s also likely why all applicants need to be younger than 35. Flight experience doesn’t appear strictly necessary unless the candidate is hoping to actually pilot the craft. Russian speakers can read through the full list of requirements themselves, which are a mix of the impressive and the mundane.

Candidates are expected to be proficient not just physics and computer science but also have high academic marks in Russian and a foreign language (which may specifically be English, but that’s a little unclear) and show strong knowledge of world history and culture. The idea appears to be that these cosmonauts will be involved in Russia’s most high-profile space mission ever, and they need to be able to represent themselves accordingly. At the same time, applicants are expected to be comfortable with email and antivirus programs — worthwhile skills, sure, but not the most obviously important abilities for a would-be cosmonaut.

Applicants will need to prove they are up to the task physically by swimming 800 meters and either running one kilometer or cross-country skiing five kilometers, depending on the season. There are also some physical requirements, including being between 4’9″ and 6’3″ tall and weighing between 110 and 200 pounds — though there are also some more exacting specifications, like how a person’s foot can’t be more than 11.6 inches long. A Roscosmos official also stated there would be no discrimination based on race or gender, although Russia and its Soviet predecessor have at best a deeply mixed record on that score. The first two female astronauts were Soviet, but only two more Russian women have flown since them. (The United States also has had far more male than female astronauts, though NASA has at least sent 45 women into space.)

It’s never easy to know how seriously to take these announcements until it becomes clearer whether the Russian government will give Roscosmos the funding needed to make it to the moon. The planned lunar missions have already slipped years behind schedule because of money woes. Whether this call for cosmonauts is a sign Russia is serious about reaching the moon or if it’s just a glorified publicity stunt remains to be seen.