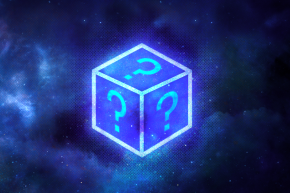 Why A Secretive Company Wants To Make A Smartphone For Gamers

There’s a plethora of entertainment and gaming devices out in the market. There are endless smartphones that all essentially look the same. A secretive new company — led by former Disney and HTC executives and backed by a number of investors including 8VC, Greycroft Partners, Atari’s founder Nolan Bushnell, and actor Kevin Spacey — now wants to combine the two and appeal to serious gamers.

“My issue with smartphones is that they’re all the same and no one has built a specific product that’s catered to a specific audience,” Andy Kleinman, founder and CEO of the startup, called Wonder, told Vocativ. In essence, Wonder is working on a high-end gaming console that doubles as a smartphone and is geared to gamers, geeks, and early tech adopters.

The Los Angeles-based company has been coy with press coverage, wary of products that get too hyped before they are ready to be released. Case in point is the Magic Leap, a “mixed reality” headset which came out of nowhere in 2011, promised the stars and the moon — in this case a virtual whale splashing in the middle of a gymnasium — and has yet to deliver any product or sense of a release date.

With Wonder, it’s still a mystery as to what the actual product will exactly look like or how it plans to execute on manufacturing a device that competes with giants like Apple, Samsung, Sony, and Microsoft. But based on the information released so far, a good guess would be that it’ll look like smaller Nintendo Switch with better specs and the ability to connect to mobile data plans. The company says it’s building “an experience to enrich the way people play games, watch movies and TV, listen to music, communicate with friends and discover and share content,” all in one device.

Design-wise, the product will have some sort of gamer aesthetic but it’ll still look like it can fit into the smartphone world, according to Kleinman. Essentially, you wouldn’t want to show up somewhere serious, like a wedding, with something that looks like a Gameboy in your hand.

The company will be releasing further product details through its Alpha Program that launched this week. The Alpha Program is a community that people can subscribe to and receive email alerts on what the product looks like, its specs, when it’ll be released and when they can preorder. It hopes to launch a product by the end of 2017.