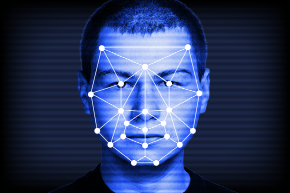 Update: March 15 10:00 AM: On early Wednesday, the Facezam website was updated to reveal that the app is a hoax perpetrated by a London-based “creative agency.” The original story below has been modified to reflect this.

Boasting 1.8 billion monthly active users, Facebook owns the biggest face recognition system ever built, enabling the company to link people’s’ identities with countless selfies and profile photos uploaded to its servers every day. Now, that massive trove of faces could be used to identify people on the street simply by taking their photo, according to the creators of a new app that was later revealed as a hoax.

The fake app, Facezam, billed itself as “Shazam for faces,” claiming it would allow users to automatically search for peoples’ social media profiles simply by taking a photo of their face — like a creepier, stalker version of the popular song identification app. Its creators said Facezam’s algorithms can match people in “less than ten seconds” with 70 percent accuracy, dropping to 55 percent if the person’s face is obscured in their profile photo.

On its website, the app’s creators seemed to openly encourage using the app for stalking.

“So that beautiful girl you see on the train every day? Take a photo of her, Facezam it and you can find her in a matter of seconds,” the site reads. “The rest is up to you.”

Shortly after Vocativ published this article, the above statement was removed from Facezam’s website. The original page is archived here.

Early on Wednesday morning, the site revealed that the app was a hoax, designed by “a creative agency that makes ideas go viral,” which Vocativ will not name. The agency also doesn’t seem to have any web presence beyond a splash page and the Facezam site. Its founder didn’t reply when asked by Vocativ about the ethical nature of encouraging harassment of women as a part of a viral marketing stunt.

Like Facezam, the creators of FindFace have similarly boasted of their app’s stalking capabilities. In an interview with the Guardian last year, cofounder Alexander Kabakov bragged that a FindFace user could “upload a photo of a movie star you like, or your ex, and then find 10 girls who look similar to her and send them messages.”

Another face recognition app, NameTag, was designed specifically for the wearable Google Glass in 2013, before Facebook and Google shut it down.

But unlike those apps, Facezam had made dubious claims about its “technology,” leading experts to doubt its claims of accuracy given the limited dataset it was claiming to use for testing.

Fazezam’s owners said it had tested the app’s face-matching capabilities on a relatively small sample of 10,000 total images. That means the app’s accuracy would likely drop substantially if it had access to Facebook’s full database of billions of profile photos. Face-matching also becomes extremely difficult if the app is only using one photo per person — in this case, their profile photo — rather than a large corpus of images, says Adam Harvey, a privacy researcher and artist who has designed anti-face recognition technology.

“A single enrollment photo does not provide information to biometrically separate people at scale,” Harvey told Vocativ. “You need variation in pose, illumination, dress, and to account for aging to obtain high confidence scores.”

Facezam also would have been in clear violation of Facebook’s terms of service and privacy policy, and it’s unclear whether it would have even been allowed to scrape the social network in a more limited manner. Before it was revealed as fake, Facebook told the Telegraph that the app currently “violates our terms and we’re reaching out to the developer to ensure they bring their app into compliance.”

Update: March 14th 6:37 PM: This article has been updated to reflect that Facezam has removed statements encouraging users to stalk women.

Update: March 14th 10:57 AM: The article has been updated to correct that Facebook’s statement on Facezam was reported by the Telegraph, not the Guardian. Vocativ regrets the error.