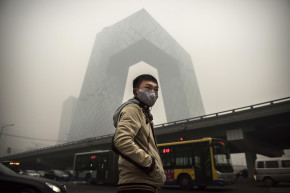 From Lyme disease to depression, medical societies lay out how warming earth will wreck havoc on our health

For good reason, the threat of climate change has largely focused on the environmental damage it has and will continue to cause — more extreme weather events, swallowed-up coastlines, and ever-increasing temperatures, to name a few. But a broad coalition of doctors is gearing up to warn the public that a warming earth will wreak plenty of havoc on their personal health, too.

As part of their launch Wednesday, the Medical Society Consortium on Climate & Health is releasing a new report on the biggest health problems that will be triggered or further worsened by climate change. These include heart and lung issues caused by air pollution and wildfires, the spread of once-exotic infectious diseases like West Nile virus, and even mental health woes in the aftermath of natural disasters. The Consortium includes endorsements from 11 of the country’s leading medical societies, which collectively represent more than half the country’s doctors, and the report draws from previous research collected by other climate change assessments.

“Doctors in every part of our country see that climate change is making Americans sicker,” said George Mason professor Dr. Mona Sarfaty, director of the new consortium, in a statement. “Physicians are on the frontlines and see the impacts in exam rooms. What’s worse is that the harms are felt most by children, the elderly, Americans with low-income or chronic illnesses, and people in communities of color.”

The report comes at a time when, even as more Americans are slowly acknowledging that climate change is genuine and mostly caused by people, few are aware of its health risks. An extensive survey conducted by the Yale Program of Climate Change Communication in 2014 found that most Americans had no concept of how it could harm people’s health, and only the slim percentage of those who were outright alarmed about the climate — 13 percent — could reliably name a single specific health risk.

The report also aims to be a call-to-arms for the medical profession, highlighting that proactive steps to combat pollution can not only slow down warming but also save lives.

Elsewhere, however, there are those in the highest branches in the government content to ignore these risks. Scott Pruitt, the newly minted head of the Environmental Protection Agency, has gone on the record in recent days of denying that carbon dioxide is a primary cause of climate change. The Trump administration has also openly declared its intent to roll back many of the government’s regulations and initiatives meant to curb greenhouse gases.