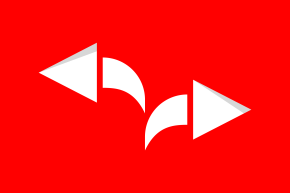 There are things you like to experience by yourself, but things like music and video are sometimes enjoyed the most with friends and family. New communal streaming apps such as Vertigo and UpTime are attempting to make streaming more social by having groups listen to or watch content in real-time, no matter where they are.

UpTime, which was released Monday by Google’s incubator Area 120, lets people watch, react and comment on YouTube videos in real-time as they stream on their mobile screen. The app is currently an iOS experiment and invite-only, but the password was purposely leaked — it’s “PIZZA.” The app is still lacking some simple features like private messaging and an address book, but those might be added once the app kicks off.

Then there’s Vertigo, which launched last November. This app allows users to stream their favorite music and have friends join them in real-time. Think of it as a personalized radio station in which your friends can chime in and react to what you’re listening to. The great thing about Vertigo is that it connects to both Spotify and Apple music, therefore people can stream anything from Prince to Taylor Swift. This could be great for people in long distance relationships, practicing a dancing routine, or gym buddies who are trying to run to the same beat.

“Streaming gives everyone all access to all content all of the time.  In order to not feel alone in that vast sea of content we now naturally crave islands of community to share in the experience,” Greg Leekley, Vertigo CEO and cofounder, told Vocativ. “Music touches and at times even takes a shot to the heart and soul and we long to share our heart and soul as part of sharing life.  Vertigo’s vision for the future is absolutely to free people to share life through music.”

Although Vertigo and UpTime might seem like new concepts, they’re not the first apps to try the idea, just the latest in the trend. Other apps and websites that have similar functionality include Gaze, Synaptop and Lisn. However, they’re not quite as seamless to use or don’t offer all the same features.

It’d be great if other favorite streaming sites such as Netflix would jump on the bandwagon. Features that let users experience things in real time have already been successful for platforms such as Facebook (e.g. Facebook Live) and Twitter (e.g. Periscope). Communal streaming might become the next stage in social media’s evolution.