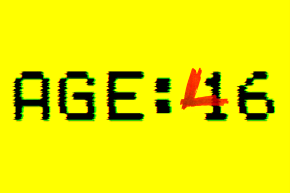 Teens Are Using This Tinder-Like App, And It’s Raising Concerns
By Allee Manning

Teens Are Using This Tinder-Like App, And It’s Raising Concerns

High schoolers can swipe right on a new friend — but how old are they really?

A messaging app for teenagers has been gaining users, and it’s modeled — creepily enough — after Tinder, which officially kicked underage users off its platform last year. Experts are understandably concerned.

Similar to the dating and hookup app for adults, Yellow allows users to swipe through people’s profiles and choose whether they’d like to start a conversation. After initiating contact, users can exchange photos or videos. Through Yellow’s platform, they can also add other users on Snapchat or Instagram.

The app developers, based in France, claim that six million people have downloaded Yellow since its initial launch in 2015. In the time since then, the app has worked to change its image from “a virtual flirting app for the Snapchat generation” that catered to those born after 1995 to simply a way for young people to “make new friends.” While Yellow now keeps its marketing materials vague and its website scant, its format still screams dating app, and it has been catching the eye of at least a few police departments.

Yellow’s terms of service state that people between the ages of 13 and 17 are permitted to use it with permission from their parent or guardian. That permission, however, requires no proof, and fooling the platform into thinking you are older or younger is as simple as lying about your date of birth.

“Any app that allows someone direct communication with a child is a potential opportunity for someone looking to take advantage of that access,” Eliza Harrell, director of education and outreach at the National Center for Missing and Exploited Children told Vocativ in an e-mail. “Age verification is a useful tool for discouraging use by those potentially looking to harm a child, but no process is foolproof — they will always find a workaround.”

While some apps of this nature are linked with user’s Facebook accounts as a form of automatic age verification, Yellow allows users to enter in their birthday manually. Should a user seek to change their birthday, the app then asks them to upload a photo of their state/country identification.

As stated on the Yellow web site, the app’s community guidelines prohibit sending or requesting nude photos from other users, posting fake pictures, lying about your birthday, or “catfishing.” But again, there’s no foolproof way of actually policing such policies, as users on social media and in the Google Play store note. “I wouldn’t [date] any guys on yellow because most of the guys are perverts and they only ask for nudes,” one app review reads.

Creepier still, a review from a man identifying as Eric Thompson whose profile picture features a receding hairline and grey beard reads “Great application, I have found many beautiful young girls here that I would not be able to talk to in real life. Who’s your daddy?” His review is followed by several suggestive emojis.

Within the app itself, red flags are obviously apparent. In addition to allowing users to change their birthdays at will, Yellow also lets 17-year-olds search for users as young as 13, and vice versa. It also lists users’ city of residence as the default option, meaning people have to manually choose to hide their location.

While there’s no way of knowing what is occurring in the private messages of Yellow users, a representative from the U.S. Department of Justice told Vocativ that the Office of Sex Offender Sentencing, Monitoring, Apprehending, Registering, and Trafficking “doesn’t have any information to support” any active cases being investigated. Even still, representatives from local police agencies, agents from the FBI, and other nongovernmental advocacy bodies throughout the world such as the National Society for the Prevention of Cruelty to Children in the UK are advising parents to keep their teens off it, or monitor their use.