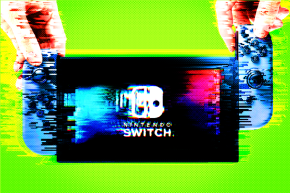 While the majority of Nintendo Switch owners were trying to pass “The Legend of Zelda: Breathe of the Wild,” hackers were busy trying to jailbreak the latest video game console — and they were probably faster at it.

Hacker Qwertyoruiop, who is known for jail breaking iOS devices and PlayStations, tweeted a proof-of-concept of jail breaking the Switch over the weekend with a photo of modified screen dialogue. He was able to generate modification code for the video game console — which has only been out for nine days — after finding an old exploit from iOS 9.3.5. that Apple had patched awhile ago but remained part of the Switch system. Jailbreaking typically means modifying the software and restrictions of manufacturer to install unauthorized programs on a device.

that's just how it goes pic.twitter.com/ztkFrbjz5u

Even though Qwertyoruip was able to modify the Switch’s code, he did not officially jail break the console and explained on Twitter that it’s currently just a viable starting point for future attempts. “Just to be clear: I did not jailbreak the Switch,” he tweeted. “I simply demonstrated a proof of concept exploit that gives me code exec in the browser.”

The Switch was released with a very closed operating system, which means that developers can’t create apps, install them, or run them without having permission from Nintendo. However, using exploits to jailbreak the Switch would allow gamers to load homebrew apps, play ROMS that simulate Nintendo classics, and even browse the Internet as one would on a computer.

Qwertyoruip was able use the old iOS exploit because the Switch uses Apple’s WebKit to render web pages that work as log-in portals, including those that appear when users log into their social media accounts or to connect to a hotel Wi-Fi, according to another hacker that goes by the name LiveOverflow.

The old exploit from iOS 9.3.5 was patched by Apple last year, but obviously Nintendo left it vulnerable. This suggests that Nintendo either didn’t pay attention to the vulnerability or they rushed the launch. With the attention the exploit is getting, Nintendo will surely release a software update to patch the vulnerability soon.