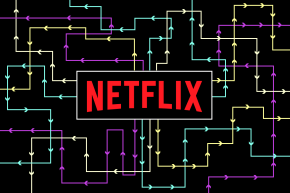 One Day You Might Choose The Ending To A Netflix Show

You might soon hold the power to decided the fate of your favorite TV show character, thanks to Netflix. The streaming company is currently experimenting with interactive storytelling technology that allows subscribers decide how the story of selected original TV shows and movies unfolds.

Netflix already started using this interactive technology with its kid series “Kong: King of the Apes,” which premiered in April 2016. With “Kong,” viewers don’t get to decide the ending, but they are able to collect power ups throughout the episode that unlock extra footage at the end. A choose-your-own-adventure style children’s show is also slated to premiere later this year, and it’s based on an existing character.

“Netflix is constantly exploring ways to create a better experience for its members,” a Netflix spokesperson told Vocativ. “We will continue to experiment in this format to learn more about what our members enjoy.”

If this model of storytelling proves to be successful, Netflix might consider implementing it with adult-oriented shows. It’s unclear whether this would involve adding alternate endings to existing fan-favorite shows or using the format for a completely new in the lineup.

“Once you have got interactivity you can try anything,” Netflix CEO Reed Hastings told The Daily Mail.

However fun it would be to watch shows like “Jessica Jones,” “Orange Is The New Black” and “House of Cards” and decide what happens to certain characters, it would likely require more logistics than typical filming. It’ll be interesting to see whether this kind of storytelling would ever be considered high-budget, fan-favorite shows.