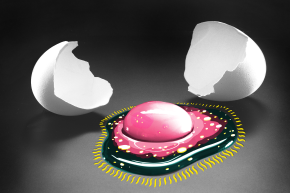 When to let it be known that there might be E.coli in your lettuce or Listeria in your cheese?

In the spring of 2012, the South Carolina Department of Health and Environmental Control was faced with a conundrum.

As far as they knew, ten of their fellow citizens had come down with a nasty case of food poisoning caused by an outbreak of E. coli. But though they had honed on in the likely source, the El Mexicano restaurant in Spartanburg County, they chose to omit the restaurant’s identity in their advisory to the public. It was only after being mercilessly pilloried on social media that the agency changed its mind, and even then, only because the restaurant agreed to be named.

While the omission didn’t place anyone else’s health in danger, a team of food safety researchers in this month’s Journal of Environmental Health argue that the self-inflicted gaffe is a part of a disturbing pattern. Their research has found there are no clear guidelines on when federal and state health agencies should tell the public about an ongoing outbreak of foodborne illness, and how much they should reveal. And that ambiguity may erode the public’s trust and reliance in them.

“I think that when you look at the state and local level, risk communication isn’t always in their focus or skill set,” lead author Ben Chapman, an associate professor of agricultural and human sciences at North Carolina State University told Vocativ over email. “That might be related to funding, or might be philosophy.”

Chapman and his group examined how health agencies responded to 11 large outbreaks that had occurred in North America since 1996. In some cases, agencies made a misstep in first publicizing the wrong culprit, such as a 2008 Salmonella outbreak that the CDC wrongly blamed on tomatoes instead of peppers. In others, they avoided naming the source at all, like during a 2011 E. coli outbreak caused by romaine lettuce. And health officials throughout the years have admitted their decisions to disclose were made on a case-by-case basis, according to their professional gut feeling.

The underlying problem, according to the researchers, isn’t whether these decisions were mistakes, but that there’s no clear rhyme or reason to how they’re made. It’s one that’s only become more noticeable in the age of social media, where information can travel much faster than it ever did before.

If it emerges on Twitter that a health agency isn’t being completely upfront about an outbreak, for instance, the resulting bad PR could make it that much easier for the public to ignore their warnings in the future. Same goes for being late to the party— people are less likely to even notice the CDC when they’re not the first ones to have made an outbreak publicly known.

Chapman and his team thinks that health agencies should have more faith that the public can understand how tricky solving outbreaks can be. False leads, delays and other unexpected twists are par for the course, but so long as they’re out in the open and communicated effectively, people will still trust those entrusted to watch over their health at the end of the day.

“Have a plan to share what you know, when you know it,” Chapman offered as practical steps that health agencies could start immediately implementing. “Tell people that information is developing, and there are uncertainties. Explain why they are uncertain. Tell them you will update them regularly, even if it’s ‘We’re still waiting on more information.'”

Chapman is optimistic that these changes could happen soon. And in Canada, they already have, with the Canadian Food Inspection Agency releasing updated guidelines last year on how they would share information with the public about food recalls and other food safety investigations from now on — guidelines that the U.S. would be wise to adopt, said Chapman. But he also thinks there will be hurdles along the way.