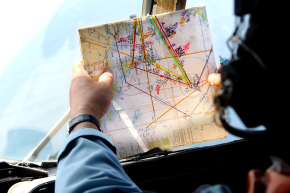 Scientists, families are still searching for the wreckage three years after the crash

Malaysia Airlines flight MH370 mysteriously disappeared above the Indian Ocean three years ago on Wednesday, and the official search was suspended months ago without offering satisfying conclusions. But independent scientists and families of the deceased aren’t giving up on uncovering the truth of what happened.

Some details of the flight’s disappearance have been uncovered, like the fact that the pilot responsible for the crash almost certainly acted deliberately. There have also been bits and pieces of the wreckage found in Mozambique and on the Indian Ocean island of Reunion over the course of the past three years, putting the most improbable of conspiracy theories to rest. Yet still, the flight’s disappearance, so shrouded in mystery, has propelled many independent efforts to locate it and resulted in ample web forums for those unsatisfied with official findings.

One of the most innovative search efforts for the wreckage, as reported by Gizmodo, is being led by mathematician and engineer Usama Kadri. He claims he has discovered a new way of analyzing deep sound waves in water using acoustic gravity wave theory. This method analyzes how low frequency sound waves travel through the ocean, accounting for gravity and the shape of the ocean floor. Using this method, he discovered data indicative of the plane’s possible presence that couldn’t be explained by typical seismic activity.

The finding was made off the coast of Australia, outside the original search boundaries set by estimates as to where the plane could have run out of fuel. Because of this, a spokesperson from the Australian Transport Safety Bureau noted to Gizmodo it is unlikely the plane lies in this spot. They note that his analysis “is being retained as part of the material that may contribute to any future efforts towards locating the aircraft.” In the absence of any more planned search efforts, the sentiment is hardly promising.

However, some relatives of the plane’s 239 disappeared passengers recently expressed interest in creating an international fund to redouble the efforts. On Wednesday, the association for the families of passengers and crew members on board again affirmed their intention to continue searching.

The night you vanished had haunted me some 1,097 nights… #MH370 #mylovewillfindyou #searchon

Perhaps there’s hope for Kadri’s method yet, should the fund come to fruition and devote resources to the improvement of its modeling and then its implementation.